A coat of many countries

It's got cold enough recently that I now have all of my winter coats out from storage in the big closet in my bedroom and cached for use in the little closet in the hallway. That is, when they aren't strewn all over the backseat of my car as they tend to be more often. Recently I realized that I acquired each of them in very different parts of the world, and they each have a unique story. I thought about joining Pinterest just to write something about this, but the thought of that fills me with apprehension and angst, so a blog post will have to do. 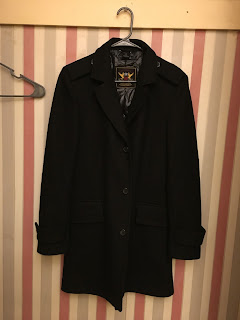 I bought this coat almost eight years ago in Italy. That was back when a Euro was worth like 1.3 dollars and everything seemed super expensive to my teenage self who had become self-conscious about how understated-ly sexy all the Italian teenagers looked, but who possessed limited financial resources. Then came Zara, and a sale on winter items, and the problem was solved. Best decision ever. At least until.... 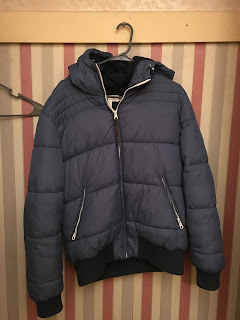 Okay, so it's from H&M, which makes it technically Swedish (no doubt via the Philippines), but I bought it in Lebanon. Cause you know what? It gets really, really cold in Lebanon. More so when you're living on a mountain and the pilot light in the diesel hot-water heater that's sulking in the serial-killer-lair/bomb-shelter three stories beneath your giant concrete refrigerator building keeps going out for no explicable reason and you're much too scared to go down there and mess around with it. You need a really warm coat, and I found this one at the mall. Best decision ever, until.... 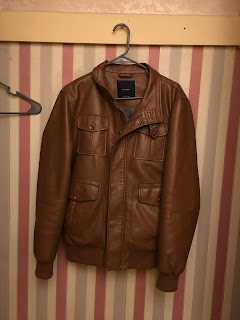 Fast forward three months from the scary basement in Lebanon, and my three roommates and I were beginning a five week misadventure across Arab north Africa starting with a two week stop in Cairo, Egypt. I didn't bring my Lebanese coat, because I figured it would be warm in Egypt because, you know, it's Africa and shit. As it turns out, Cairo in February is pretty darn cold. And when the city gets descended upon by an apocalyptic dust-storm of Biblical proportions and the sky turns black and sand reigns down from the heavens like ash in a nuclear winter, it gets even colder. I shivered my way passed a warm looking little men's clothing store with a studly—if decidedly faceless—manikin who wore this jacket several times before I went inside and bought it. Best decision ever.

Those are the stories of my winter coats. Or at least of how they came to me. There are many more about things that happened while I was wearing them, but as the Apostle John said, "were every one of them to be written, I suppose that the world itself could not contain the books that would be written."