A lot of people who read this blog are surprised when I tell them I didn’t learn to read until I was 12. It’s true, though. I had some tests done when I was ten or eleven and found out I have a type of dyslexia that makes it extremely difficult––painful even––to keep track of multiple letters in a word and multiple lines on a page. Through a few different techniques and ways to visualize what was on a page, I did learn eventually, but it was difficult, and I honestly don’t think I reached a point where it was completely effortless till I was in college.

With that in my past, it would have been hard for me to imagine that I would ever decide to attempt to learn a completely different script and way of reading. Twice the time of my life since then, though, that’s exactly what I’m doing.

Last Sunday night I moved into a hostel next to an Arabic institute in Beirut and Monday morning I started Intensive Beginner Urban Arabic in the building next door. Classes go for three hours a day, five days a week, and in addition there’s about two hours of homework. 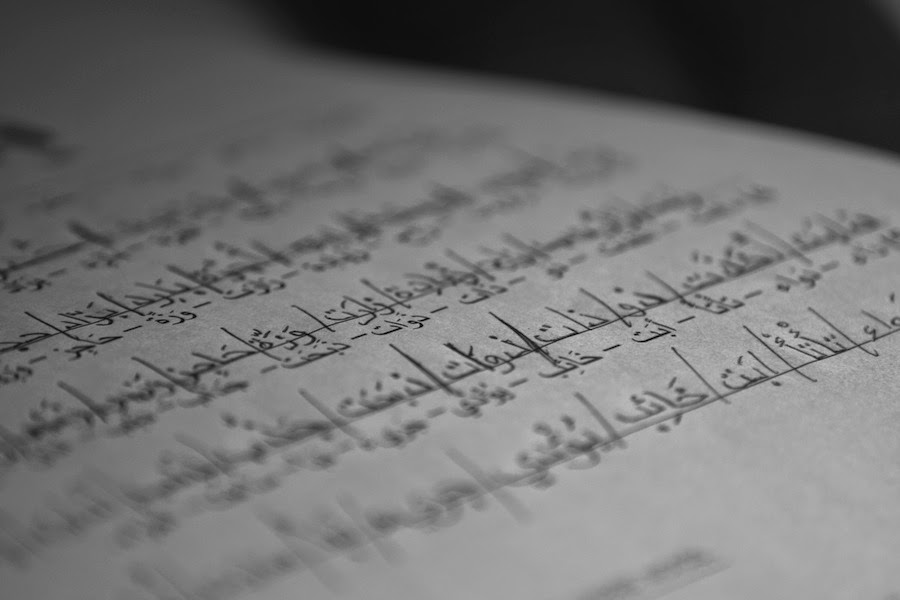 Leading up to this I was trying to look at it positively, but, for the reasons mentioned above, I kept finding myself secretly dreading it. Looking back on the week, though, it has in reality been a great experience so far. Everyone in my class is interesting. NGO workers from Europe, Lebanese people who were born abroad but never learned to read Arabic. Expatriate wives of Lebanese. People, like me, who were just interested. A girl who went to college in Ithaca, just up the road from where I live, and is doing graduate work here. They are from all over the place but have come here to learn the same thing, and there's a sense of camaraderie in the group I don't think I ever experienced in four and a half years of college classes back home.

The people are the main thing that's made it good, but the atmosphere is pretty cool too. The building we are in has a nightclub on the roof and an arguile bar and café on the ground floor. I've never actually gone to the night club at night, but in the afternoon when it's sunny and no one is up there it makes a great place to study. In the restaurant on the ground floor they serve free breakfast to guests every morning––I get an omelet––and then in the evening it is packed with Lebanese eating mezze and smoking arguile.

A Swiss-Lebenese guy studying Foosah Arabic lived in the room next to mine, and when I found out he works out, he offered to show me the gym he uses. I bought a monthly membership and we started lifting weights together. Yesterday he told me he's moving down south to go to a different school in a Shia controlled area. I've only known him for a week, but somehow it's sad. Last night we had a little party for him down in the café with some of the people from the floor, and over some local beer under a haze of arguile smoke between us and the never quite dark Beirut sky, it felt like we were saying goodbye to an old friend. 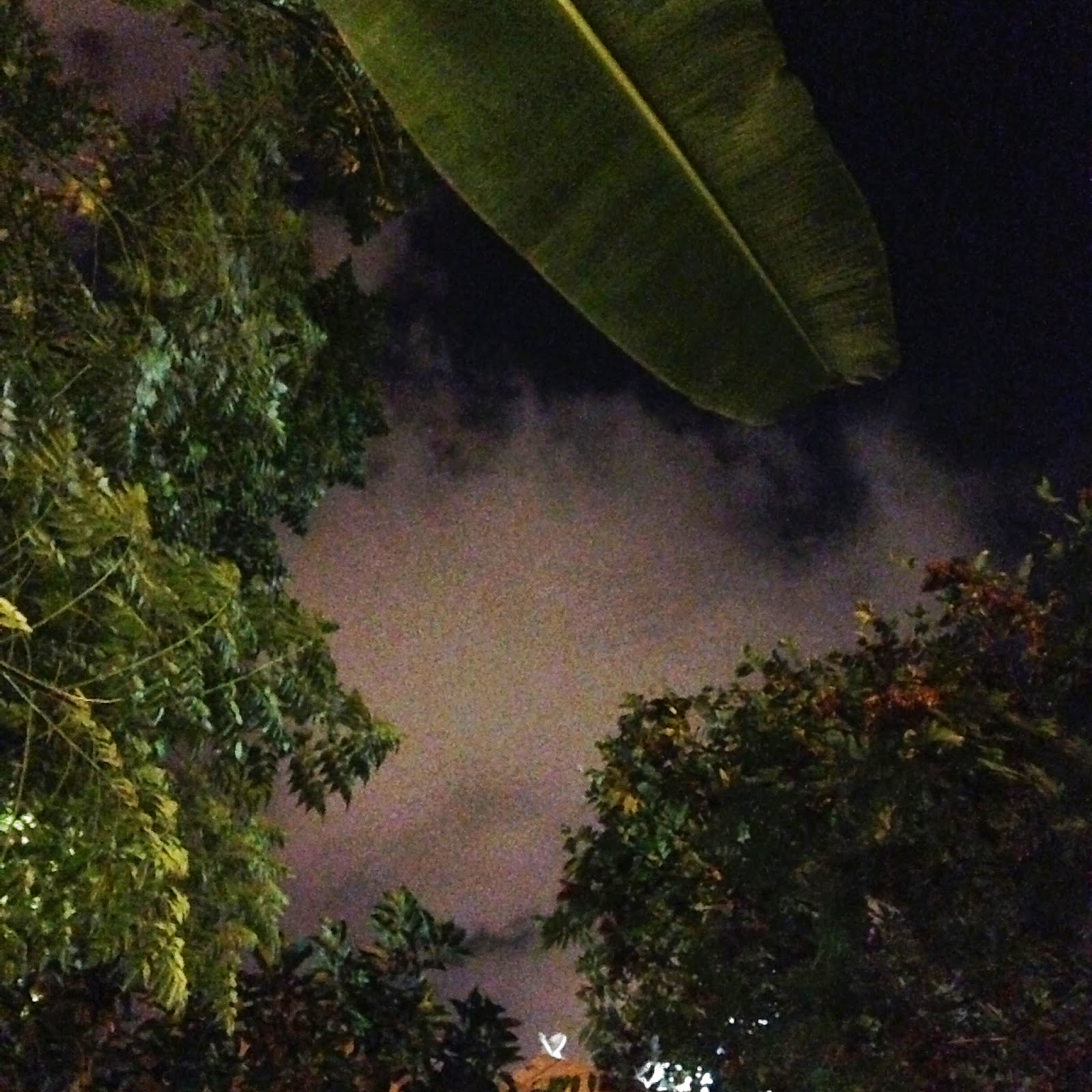 We nearly finished the alphabet today and are starting to be able to have legitimate sounding––albeit verb-free––conversations in class and when we practice together. So looking back on the past five days I'm surprised at both how much Arabic I've learned, and how many friendships have started. So much for my dread right? I guess I shouldn't speak so soon. On Monday we learn the last two letters and plunge into grammar and usage. And it's only five days into five weeks.

At the rate things are going, who knows what could happen here in that amount of time?

I'm back in Beirut now. Most likely for a long while. The trip over went pretty smoothly. Detour around the Ukraine, but I guess that should be expected. I learned Qatar looks ridiculously amazing from the sky, and that while 14 hour flights to the Middle East are not as crowded as they were three years ago, the percentage passengers who are screaming Arab babies is as high as ever.

I spent all this morning riding buses to nowhere. Cobbled together haphazardly from government run routes, private companies and people with vans, Beirut's bus system is less "system" and more of a randomly evolved organism with very few consistent rules. The only way really understand it at all is to use it, so this morning I was doing just that.

I occasionally watch cable news and often frequent the networks' news websites––but I almost never read local news. Flipping through the paper this evening though, I had a strange feeling I couldn't quite place. Then I realized: all the local news I was reading was things I was used to seeing on the national news back in the States. It's all happening right here, or just a few miles away.

Sitting in an overstuffed leather chair with a fantastic view of Beirut's cityscape and the Mediterranean behind me while reading the paper, I wasn't quite sure if that feeling was exciting or unsettling. At any rate, whatever happens, I'll be here to see it.

This chicken crossed the road and you won't believe what happened next - the little girl's reaction made me literally cry and the photo is sooooo hot it made my mouth dry up, literally

I hate the way online articles are titled in 2014. That is all.

We Own The Night

I've always loved night photography. About five years ago I got a Lumix point-and-shoot that had a night photo setting as well as a very-wide angle attached lens and while attempting to capture a lightning storm, discovered it was also quite good at catching stars and clouds. A a few years ago, necessity forced me to make the jump into the DSLR world, and while my portrait and action photography improved exponentially, I never had a lens that was very suited to wide field astrophotography (which, as it turns out, is the name for what I'd been doing with my old Lumix). So for a long time, I nearly forgot about it.

Moving to Lebanon in just a couple weeks, I've been taking stock of things I will need and not have the option of buying there. I've refurbished the things that can be refurbished (like my computer, fortunately!) and replaced some things I couldn't. It's also been a great excuse to buy some things I've always wanted but had never quite been able to justify. One of those things was a true super-wide angle lens, and on a recommendation from a cousin (it's amazing how many good recommendations I seem to get from cousins) I decided on one that was almost absurdly wide and had pretty good low-light capabilities as well: the Tokina AT-X 116 PRO DX II 11-16mm F2.8 Aspherical.

The funny thing is, I was not thinking about stars at all, just landscapes like the one's I saw out west last year, or the vistas in the Kadisha Valley I'd never quite been able to do justice to before. This evening though, I arrived home to find the power out and a more-or-less interesting sky shaping up above. So it was that I once again turned my camera toward the heavens. And I got one of the more pleasant surprises in my recent memory: 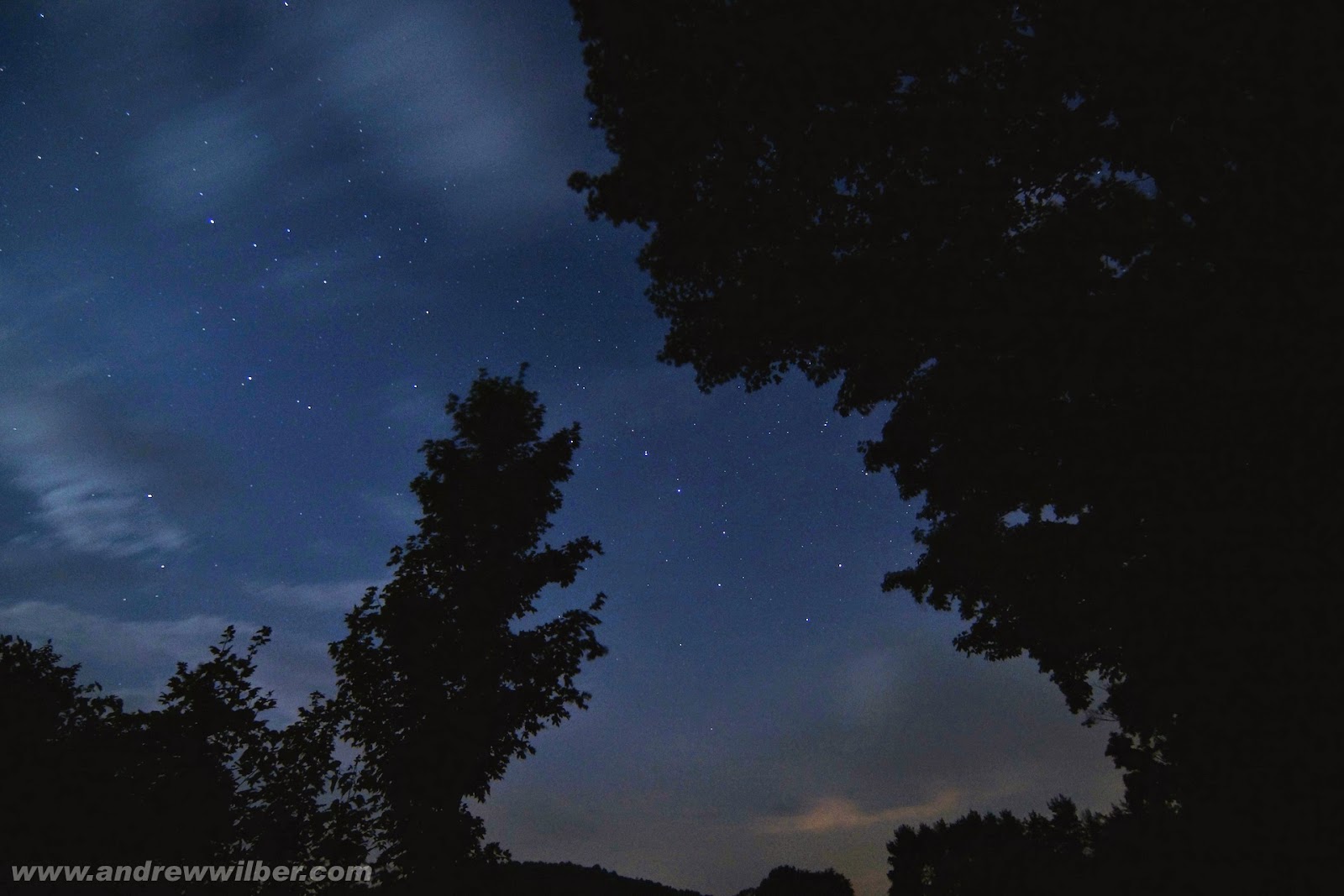 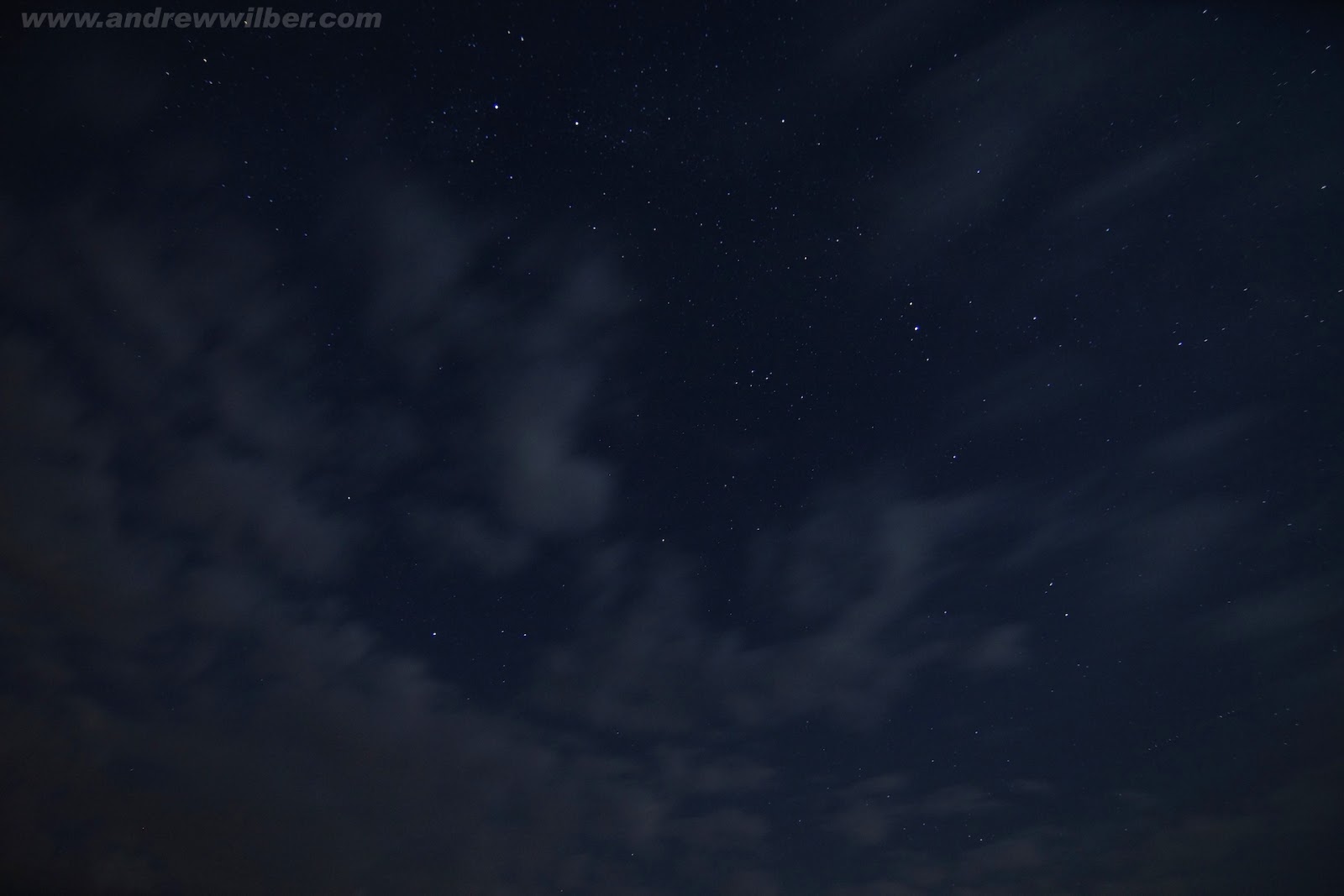 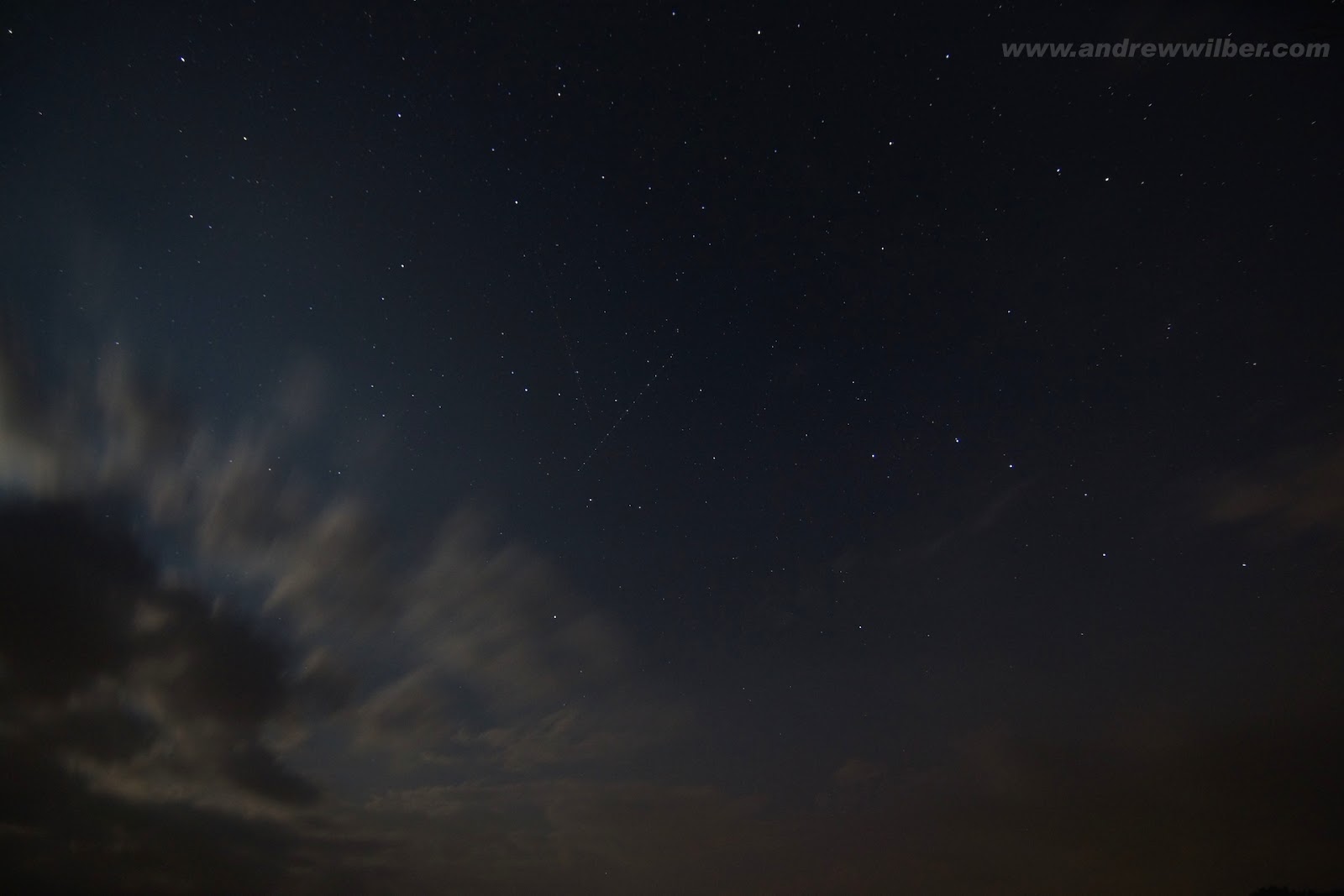 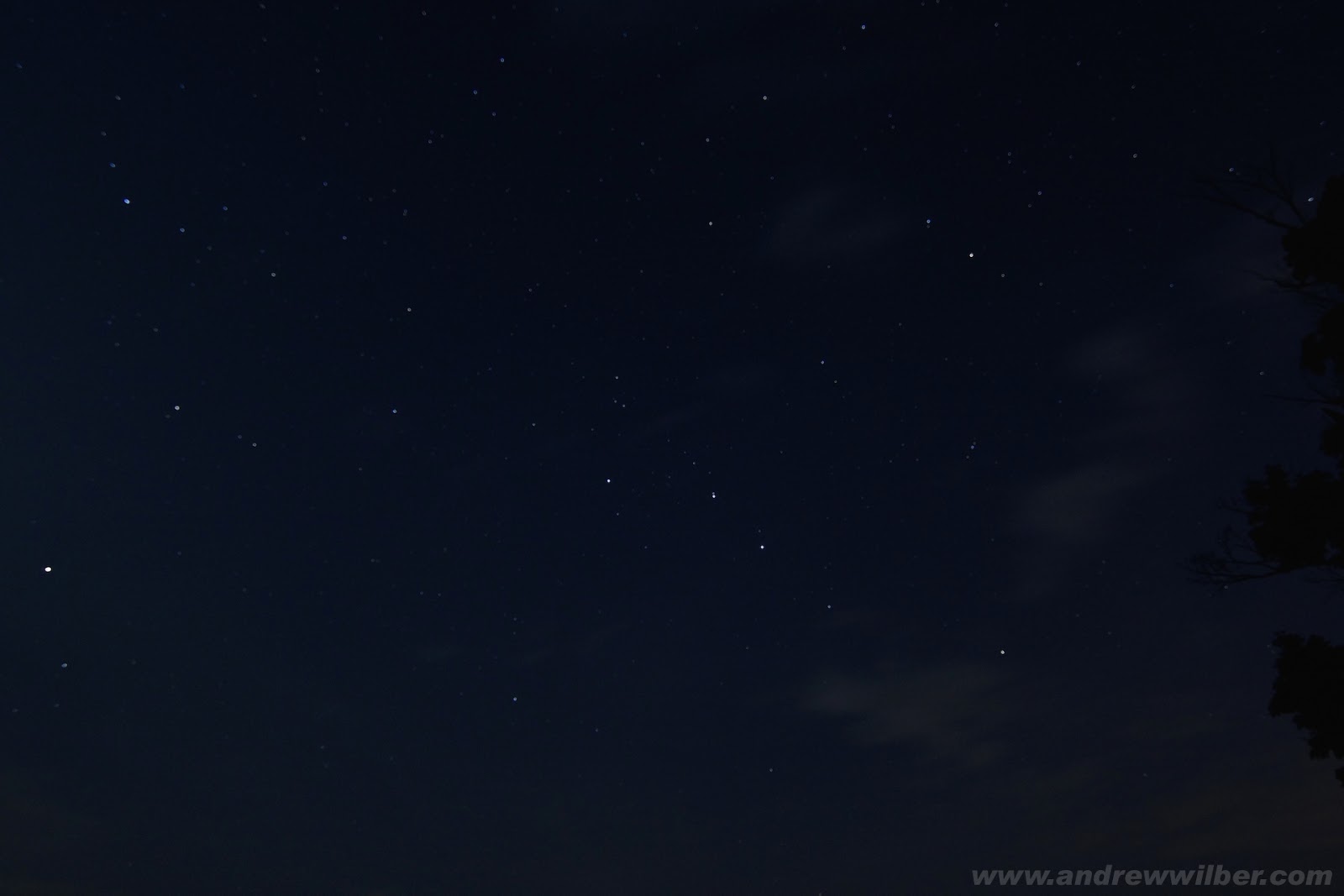 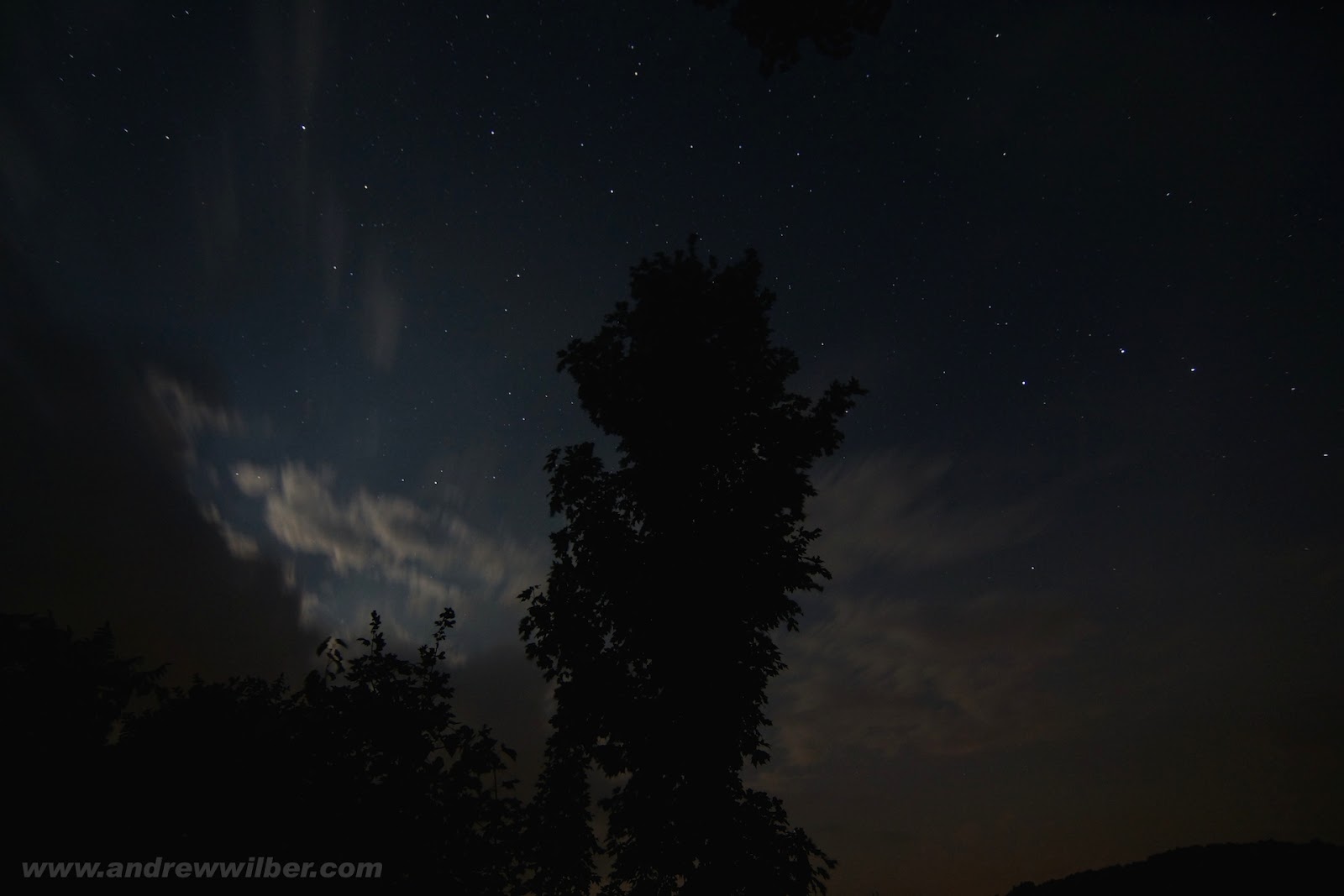