Review: Day of the Falcon

I don't often write reviews on here, much less often of movies. Every now and then, though, one comes along that gives me a fresh perspective on something. It may be a subject I've read or watched a lot about––but always from a very objective viewpoint. What a good novel or movie does I think is give you a very human picture of a place or issue. And, for all our best efforts, we are human, so in the end, the human picture is often the right one. "[F]iction illuminating people and culture in a far more intimate manner than any guide book," is how NYT Bureau Chief Neil MacFarquhar put it when explaining why he reads a novel about any country before reporting from it.

And that is definitely what The Day of the Falcon did for me. I'm not sure if it really changed anything I think about the way things are in the Middle East today, but it makes it much easier to understand issues like "Arab identity" and the tension between progress and tradition that seem really abstract or even absurd on paper. I would recommend it based on that alone, but the fact is also: It's just a really good movie. The finest epic I've seen in quite awhile, in fact.

Awesome desert battle scenes, very nuanced relationships, and most importantly, Day of the Falcon avoids the frequent epic pit-fall of being the Arabian version of Avatar, which was the sci-fi version of The Last Samurai, which was the Japanese version of Dances with Wolves. In the first half-hour I was afraid the movie would go down that path, but then the writers surprised me by having a much deeper and more thought provoking plot.

Also, I first watched Day of the Falcon some time ago, but last time I checked, it was on Netflix, so you really have no excuse for not watching it ;) 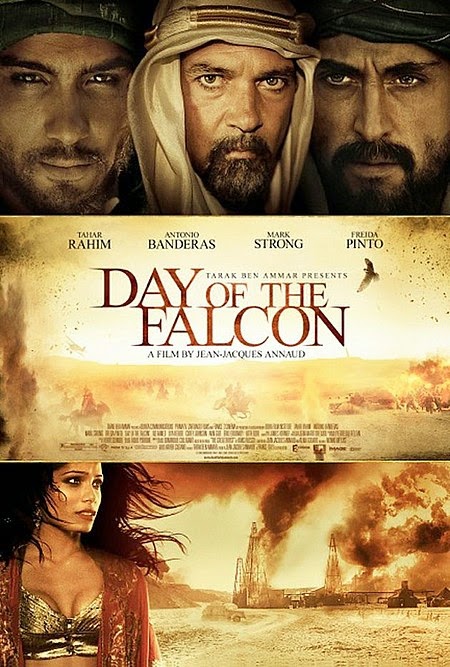 Email ThisBlogThis!Share to TwitterShare to FacebookShare to Pinterest
Labels: Day of the Falcon, movie, review