Columbia Cross Roads is technically the town I grew up in. The word technically has never been applied with more specificity in its meaning.

I don't know anyone who lives in Columbia Cross Roads. It has never meant anything to me beside an obnoxiously long thing to type into shipping address fields. Believe it or not, despite the fact that it has been my hometown for 21 of the last 24 years, until a few weeks ago, I had never even been anywhere in Columbia Cross Roads aside from Judson's Feed Store.

Now that I have thoroughly alienated my entire readership, let me get to the point.

It has been a distant and disdainful love affair. I have spent my whole life devising ways to get away from Columbia Cross Roads, PA. Some have been more successful than others.

NEVERTHELESS, despite all this, I was moved to emotion when I realized that Columbia Cross Roads, my hometown, was inadequately represented on Facebook.

Until about a year ago, there was not even such a place recognized on Facebook. That has changed, but it still, until this evening, lacked a photo. So today, on my way back from mowing lawns in Troy, I pulled up the hill that overlooks Columbia Cross Roads, pulled into a driveway, walked across the road, and snapped a photo.

It may have been the most dangerous act of journalistic intrigue I've ever attempted. Riga, Amman, Sidon and Beirut, as it turns out, have nothing on Columbia Cross Roads, because in Columbia Cross Roads, when you park your car in someone's driveway to take a photo of something across the road, they sick their German Shepard on you.

Somehow, I survived, and this, pending Facebook's approval, is the face of Columbia Cross Roads, PA: 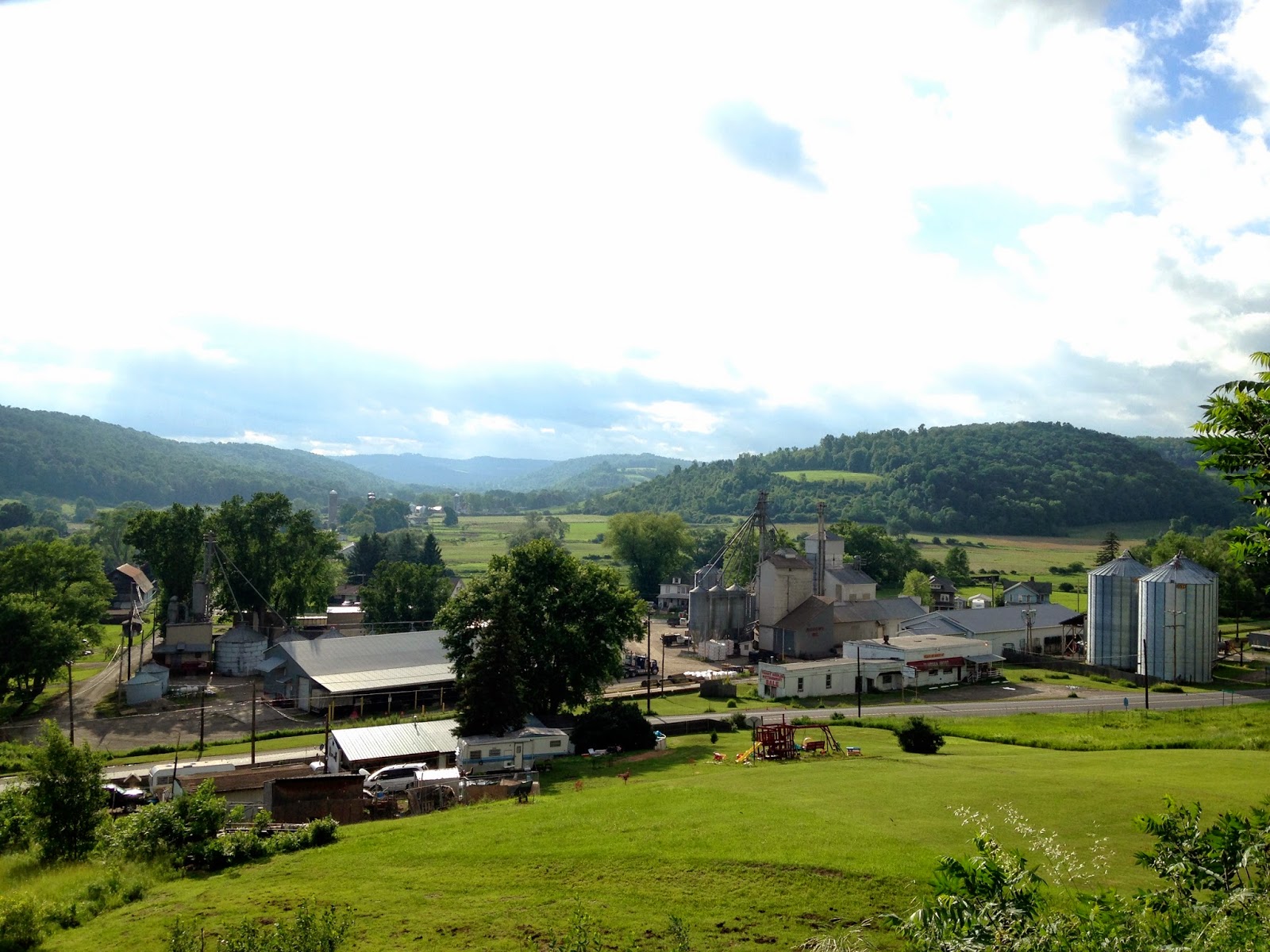 This is outrageously hilarious.

Glad you think so, Maryah.