I spent this Wednesday morning finishing my weekly product review video, ate lunch, and then pondered what I should do for the rest of the day. The normal options are, catch up on bills, catch up on reading (I've been back-logged since I was approximately 12), work out, watch something on Netflix, or cook something particularly time consuming for supper. Somehow, I did none of those things. Instead, that evening found me 160 miles away, racing beneath the illuminated dome of the Pennsylvania State capital on the way to a concert I was late for––with half the band in my car.

Shortly after finishing my review, I got a text from an old friend, Pete. We'd met in Italy as teenagers  when he lived there and I was a student. We both came back to the states shortly after that, but to very different places, so I've only actually seen him and his wife, Amanda, twice in the five years since then. His text said their band was playing a show at a college in Mechanicsburg––that evening. Mechanicsburg isn't really close––but it's closer than Brooklyn, and a much easier drive. So, that was that.

Three hours––and one stop for coffee at Alabaster in Williamsport––later, I was driving slowly around Messiah College, feeling very much like a creeper as I rolled down my window and asked students for directions to the hall where the concert would be several hours later.

Just as I found the building––and ordered some wonderful cafeteria food––my friends showed up. They had setup to do, so, rather than get in the way, I decided to walk around the college a little bit. Was a nice campus, but it felt really weird. The weirdness wasn't that I felt out of place. More that two years after leaving a small, Christian liberal arts college, being there felt normal, and it was a jolt back to reality when I realized it wasn't. Girls playing Ultimate in a grassy field beside the school. students walking out of a night class still in conversation with their professor. Kids bent over books and screens in the library. It's funny how things change.

I got back into the concert room just in time to hear that there'd been some kind of disaster. A broken string––and the notable lack of a replacement––as it turned out. The nearest music store anyone knew of was almost half an hour away on the other side of Harrisburg, and rather than another band member driving Pete there in their van, I offered to drive.

So, fifteen minutes later Pete, Amanda and I were speeding through downtown Harrisburg and across the Susquehanna, on the phone with the music store which we found out had closed five minutes ago trying to get the salesperson to realize the gravity of the situation and stay open fifteen minutes longer. We passed the Forum where my high school graduation ceremony was, seven years ago, and I thought, again: it's funny how things change. Could I ever have possibly imagined the things that would happen in my life between walking across that stage and now? Could I have possibly imagined I would be back there that night, doing this?

My reminiscing was ended by nearly hitting a car as I cut diagonally across the spaces of a huge outlet parking lot and lurched to a stop in front of the music store. After all that, the salesmen were still there standing out front. When they tried to give Pete the wrong strings, though, and then proceeded to crash the point of sale system by logging in after-hours, we ended up sitting there––seconds ticking down to showtime, for almost twenty minutes.

It was an even wilder ride back to Messiah, but despite my best efforts, things started a few minutes late. Once they started, I don't think anybody cared, though. It was a great show. 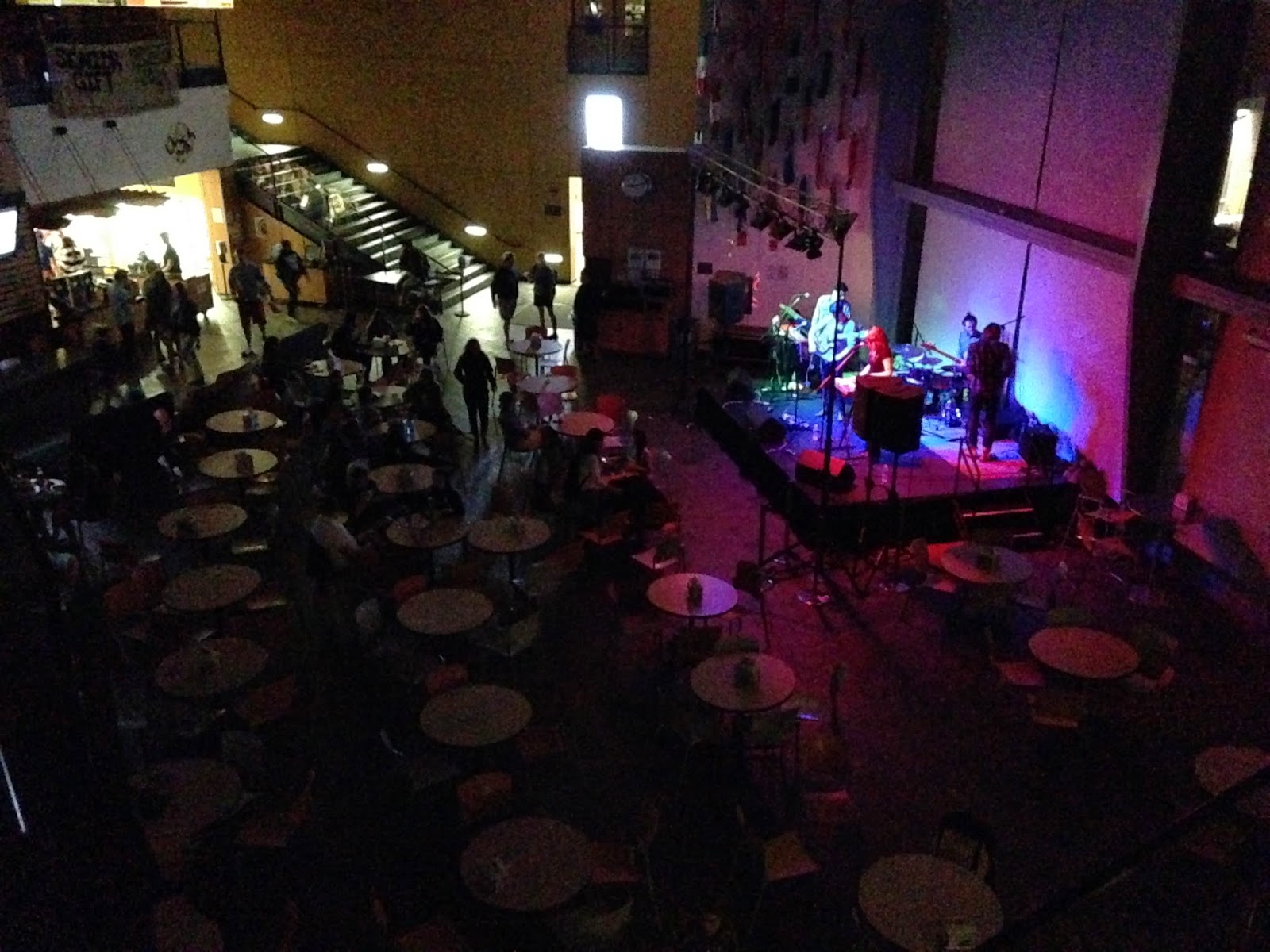 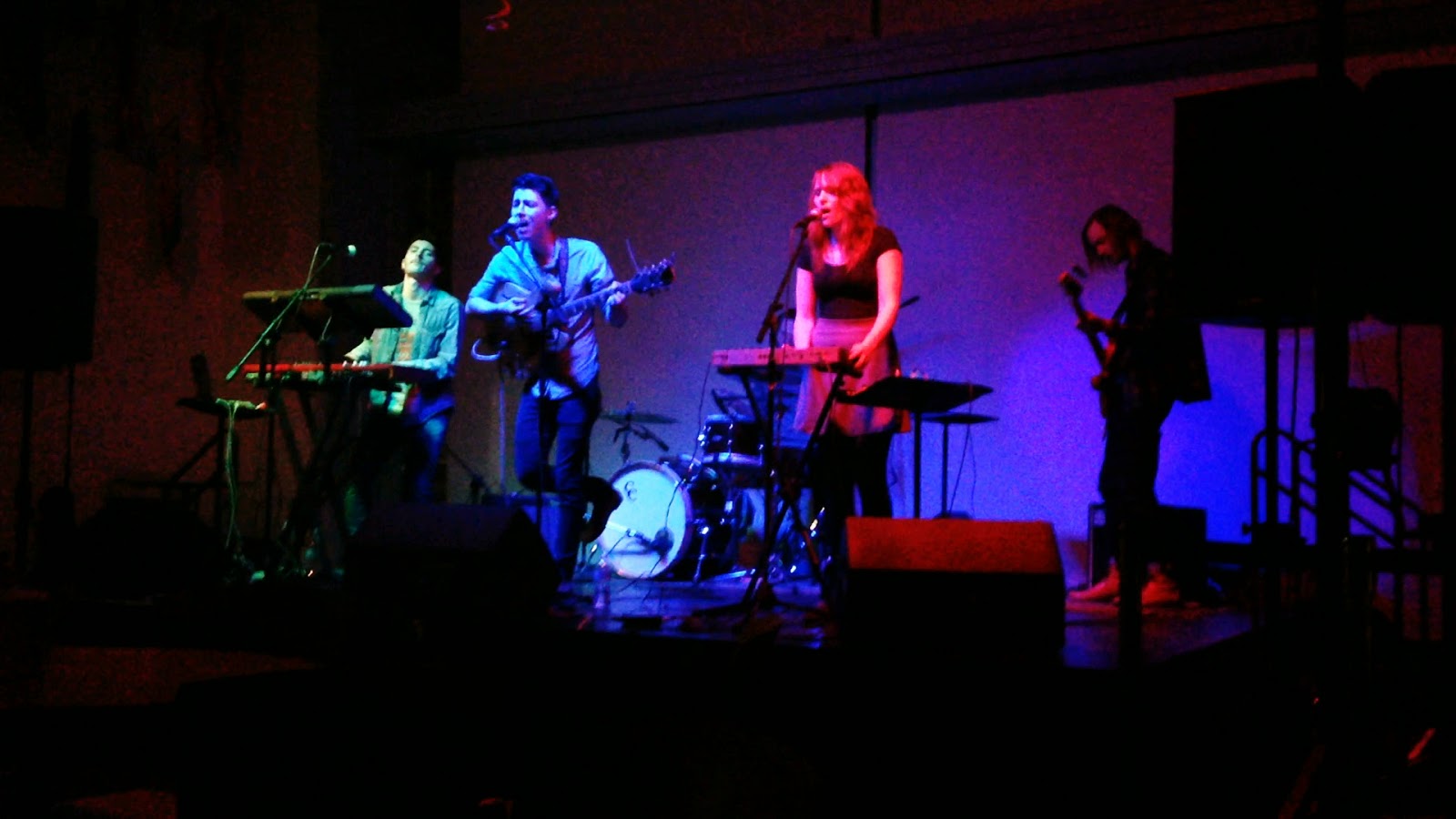 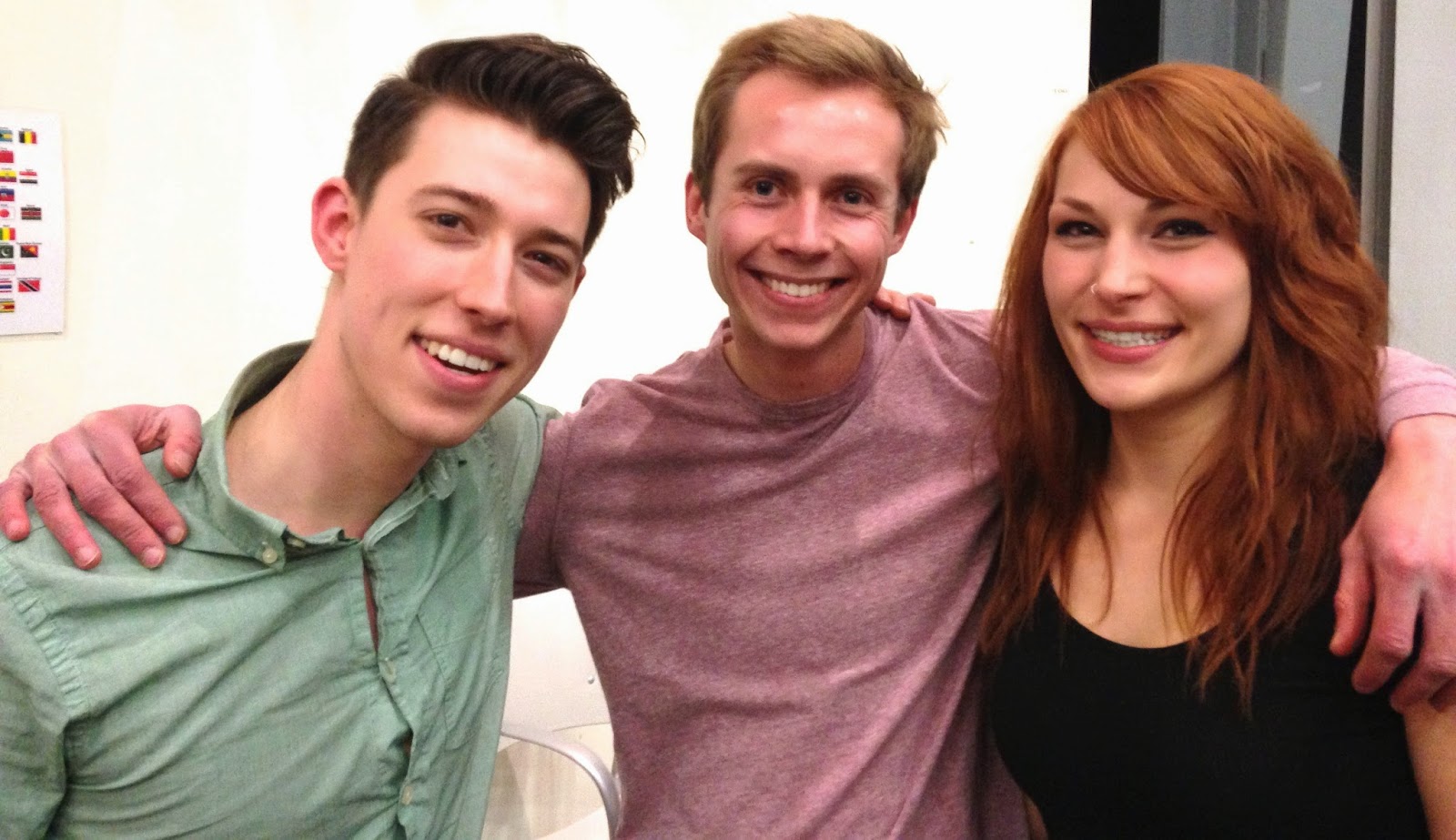