California - Every Night's a Different Story

California was a blur. So much in so little time that it felt more like a race between points than a visit. I guess I can just think of it as a scouting expedition for places I'll want to come back to.

The night before last we crossed the border from Oregon and [per usual] couldn't find a vacant state park at that hour to camp in. So instead we ended up in a rest stop in the middle of the redwood forest. One of those that looks like all the fixtures caught some kind of degenerative wasting disease that they threaten to pass onto you if you touch anything. 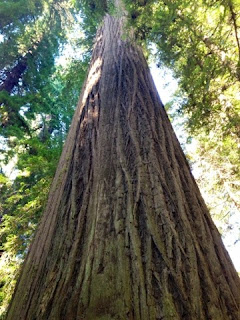 The next morning we started driving down Highway 1 along the coast. It was beautiful, if kind of slow, and it was easy to imagine you were a character in one of the many movies that's filmed there. 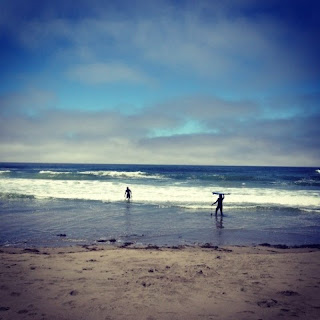 We reached San Francisco about five, which was a terrible idea in retrospect. Ironically, the nearest fuel shortage disaster we've had so far didn't happen in some God-forsaken desert, but at the Starbucks studded bases of the downtown San Francisco skyscrapers where we got stuck in traffic for an hour on a street where all the gas stations were to the left and no left turns were allowed for two miles. 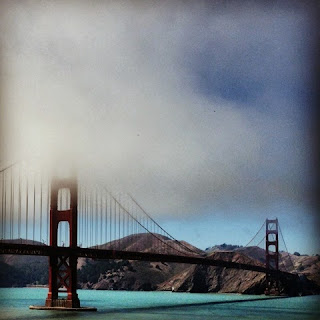 By the time we got over the Oakland Bay Bridge we were well behind schedule and didn't get to our reserved campsite in Yosemite National till around 10:30. 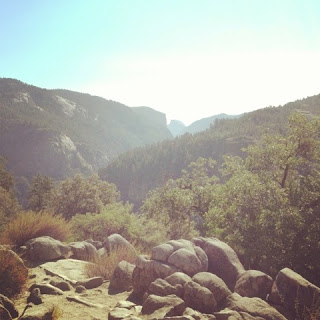 Having hundreds of miles to cover through the desert the next day, we took a precursory drive around the base of the park and then headed for Death Valley.

Death Valley was awesome to see. And to feel, since Josh feels that AC ruins "the experience". So with windows down and the Knights of Cydonia blaring over the stereo, we plunged from the 9,000ft Tioga Pass to the -250ft floor of Death Valley.

Hot wind isn't something I've felt in a while. I'd almost forgotten what it was like. But this afternoon I felt it. And I was in the desert again, which in some strange way was a good feeling. 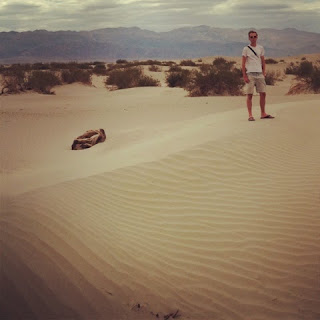 And then with Joshua trees blurring by on the side and The Joshua Tree by U2 playing, we climbed up into Nevada.

That's where we are now - driving through some suburb of Los Vegas where I can - God-willing - upload this post over LTE.

Not sure where we'll end up tonight. Either Zion or the Grand Canyon. I'm kind of hoping for the Canyon, but we'll see what happens. Every night's a different story.
Posted by Andrew at 7/10/2013 09:19:00 PM

Ah, I wondered how you guys were affording places to sleep, so you've camped whenever you aren't at someones house?