While it's not what this post is about, I now realize most of the traffic coming to it is people interested in the intro song from Parts Unknown with Anthony Bourdain. For your convenience, the full lyrics are:

This song was written and produced exclusively for Parts Unknown by the band Queens of the Stone Age, who happen to be long time friends of Tony and have been featured in his previous shows such as No Reservations Season 11: US Desert . 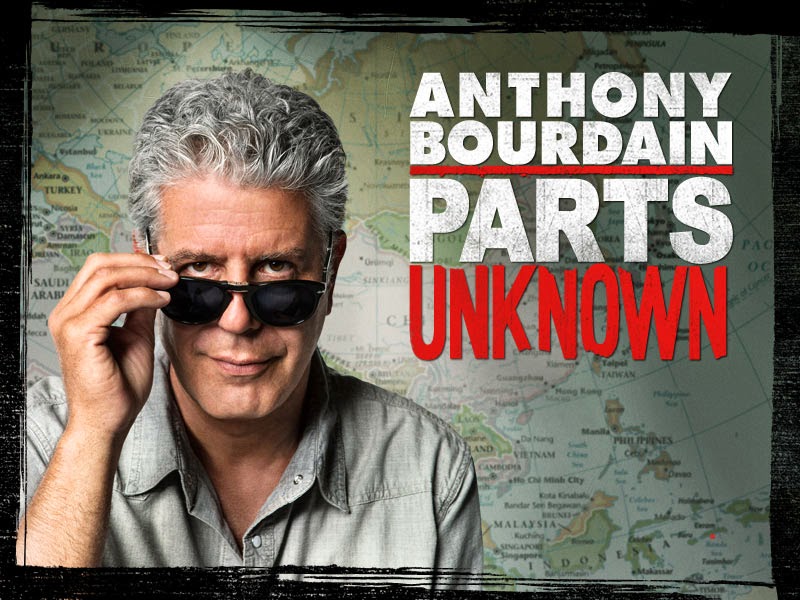 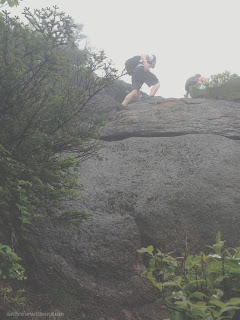 About two thirds of the way up the side of Sawteeth, my more experienced climber friends started trying to recall if they'd ever been "really poured on" during a climb in the Adirondack Mountains.  They decided that in the 20 or 30 some peaks that they'd summited, they hadn't.

Five minutes later it was pouring on us.

While I'd only gone high peak climbing twice before, I'd managed to experience it in both summer heat and snow. The rain was something entirely different. And not altogether pleasant. Especially when it became apparent that it wasn't going to stop before the point of soaking through our backpacks, clothes, and worst of all, shoes. It also turned the trail into a pond––or creek––or waterfall––depending on the grade.

To add insult to injury, the rain clouds that enveloped us made it difficult to see more than 200 yards in any direction, so we reached the summit of Sawteeth at 4,150 ft, and might as well have been standing on the grassy knoll in a golf course as far as view was concerned. 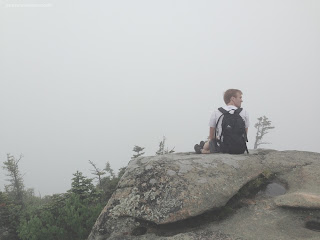 While the plan had been for our group to split and part of it hike to the adjoining Gothics peak, we were considering calling it quits for the day. When the rain finally let up, though (no sign of the clouds lifting), we made the decision that we'd all continue to Gothics. So after another few miles of pulling ourselves upward through the eerily shifting fog, an equally invisible panorama from Pyramid Peak, which is between Sawteeth and Gothics, we reached the summit.

And just at that moment, a miracle happened. The fog blew back, the clouds shifted, and there was the Adirondack Forest spread out in front of us with clouds spilling down the sides of the mountains and blue sky directly above us. We could see all the way to the tiny speck that was the giant Ausable Club boat house a few miles from where we'd started, beyond that to other summits my friends had climbed in the past, and almost to the horizon––though I'm not quite sure if it was the real horizon.

It was beautiful, and made the entire climb my favorite so far.

Okay, it was already my favorite so far because of the people I was with. But this gave it a more tangible feeling. 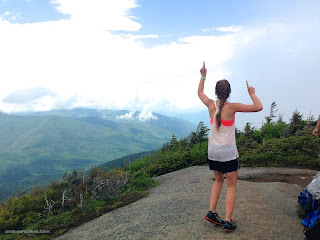 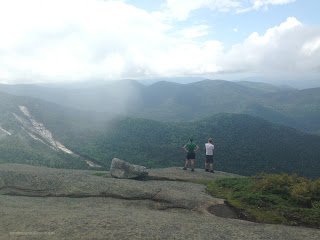 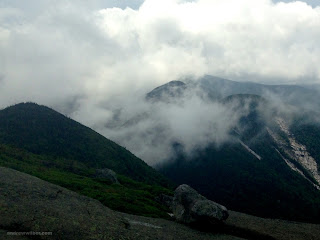 Then, as quickly the clouds had parted, they came back in a misty avalanche through the teeth of Sawteeth, over the Ausable Club, over the lakes and around the bases of the other mountains like waves. We had to hurry to snap this photo before even we were surrounded again: 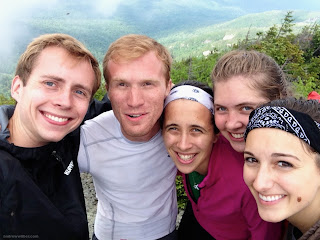 And then it was a six mile plunge back down into that sea of cloud, and rain––this time on sore feet and legs––and I don't think we saw much but that wall of gray again. That's life I guess.

But it's not all cold and gray like I used to think. It's cold and gray, but sometimes it's also clear and beautiful.

Yes that is why I stopped in. But I enjoyed your site also.Thanks for your politeness. Not much around anymore

I too, stopped in for the song information, so thank you.

How can I download a copy of the song onto my iPhone?

How can I download a copy of the song onto my iPhone?

Yup, another Bourdain theme song searcher. Lovely description of your hike, too. I'll try to read more of your blog sometime.

I also was looking for The lyrics to a. Bourdain theme song. Never could understand the first words. "Popsicle wild" is What I keep hearing.. The real surprise was that I thought it was the same as the theme for the sopranos and wondered how and why that would be. Have to listen to both now and compare. Thanks for sharing.

thank you!
just for being a human.
i have a long history of stumbling on gems in unexpected places.
i too came here for the song- it sounds like a childhood theme song i can't put my finger on.
i stayed for the story and photos. my 2 teen daughters love to climb and hike, and the adirondacks were part of my stomping grounds growing up in dutchess county. this was a delight and gives me awesome memories of my beloved new york mountains. keep the adventures going!!!

I was curious about the lyrics to the Bourdain theme song too and my search led me here. Thanks so much for sharing the lyrics and for sharing your adventure story and pictures.

I stopped by for the song information and loved it. You have a great pagr

It sounded like something about an Octopus and something on my shoulder. Thank you for clearing that up! I gave you a like

also the same thing happened to me on my legal blog. I used an analogy to Magritte's painting "Ceci n'est pa une pipe" as an analogy for how the judged ruled on a case, and I got a flood of traffic looking for information about the painting.

I love your writing style. Thanks for sharing your adventure. If you'd added a cooking segment, it could have been a Parts Unknown episode! Anthony would approve!

I know it’s only 50 seconds long, but I want to be able to record/buy the theme song from Parts Unknown.
I have always loved it, and now that Anthony Bourdain is no longer with us, I want to always remember....
It is beautiful and haunting... Do you know how/where
I could find it? Thank you.

Thank you. I came for the song also. But staying to learn more that you have to say.

Lyrics are still not complete, It begins with "Bout to go wild on this beautiful world.
According to the t.v. version.

Wow, I hadn't checked back on this post in a couple of years. Thank you all for the kind comments, as well as corrections/additions to the lyrics.