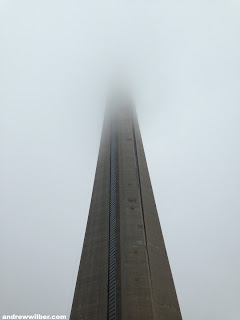 One thing about traveling is you meet a lot of people. That's true of life in general I guess, but the difference with traveling is you never see most of them again. Add any kind of a team or class context to your travels, throw in some adverse situations, and you end up with a lot of people that you feel like you know and that you will probably never see again. Of course, you don't know them in the context of their own lives or communities, so it's not really the same as never seeing a longtime friend again, but it's still enough to make you think sometimes. 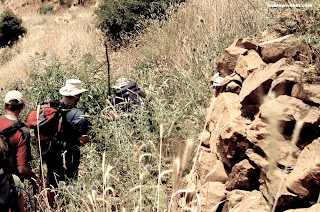 Occasionally though, you do get the chance to reconnect with somebody, and that's always a neat experience. Yesterday I got that chance when a family from my church graciously let me hitch a ride to Toronto, Canada with them. A couple months ago when I'd said I was interested in going to TO, one, because I'd never been there, and two, because a guy who'd been on the team I hiked half the LMT with lived there, they'd invited me to go along on their next trip. So it was that yesterday I was walking around with Adam, who'd I'd hiked 200 kilometers of mountains with and then never seen again. 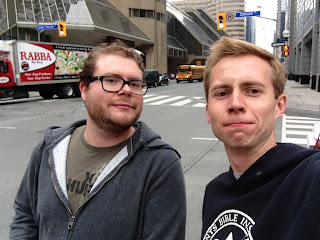 Of course, this time we were on the streets and crosswalks of downtown Toronto instead the goat-paths of the Lebanon-Syria border. And instead of trying to keep up with our slightly over-enthusiastic guide as we slid down gorges and forded streams, Adam was showing me around his old stomping grounds from college. And instead of the unforgiving Middle-Eastern sun beating down on us at 2000m elevation, it was chilly and so cloudy that I didn't see the top of the skyscrapers we were walking around the bases of. So the context was a little different, but then it always is really. What matters is it was one of those anomalies in the pattern where you do cross paths with somebody again. And like I said, that's always cool.
Posted by Andrew at 5/29/2013 03:00:00 PM