One afternoon when was ten or eleven, my Mom and I went for a walk. As we were passing one of our neighbors houses about a mile and a half from ours, something scampered across the road. It was a bird. A relatively large bird, that appeared to be at least marginally flightless. Basically, it was like a chicken. But this was no chicken––it was a guineafowl. And ever since that day, I have wanted guineafowl. I can't explain why, I just have. So about two months ago, I tracked down our local guineafowl dealer (this is easier said than done) and placed an order for eight of them, to be delivered the day they hatched. Today was that day, and now I have guineafowl: 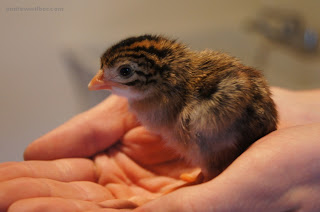 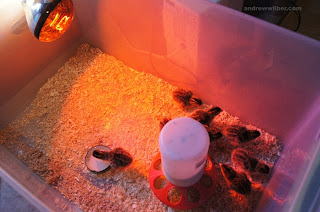 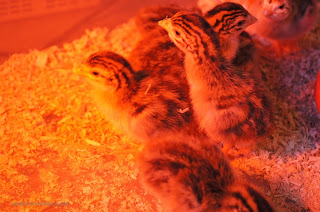 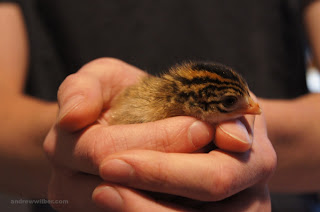 Of course they don't look much like guineafowl at this point, but––assuming I don't accidentally kill them and the cat doesn't sneak into my room as has been known to happen before––in a few months they should look something like this: 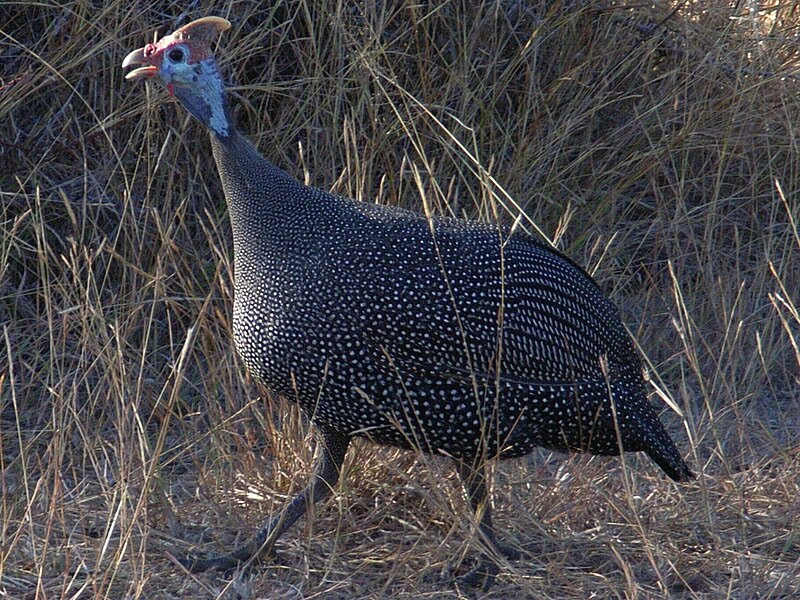 The guineafowl, or "guineahen" as it's sometimes called, is native to Africa where it lives wild, but has been brought to many other countries where it is commonly domesticated and raised for its eggs, meat, and what Vogue Magazine has referred to as "[their] irresistibly fresh sex-appeal."

Okay, I made the last one up.

Awesome! I love their feathers. Gorgeous. I actually used a few in some jewelry once! I am incredibly jealous and wish that I lived next door so I could buy fresh eggs from you. :)