It's getting to be Christmas time again. And in some ways it's a very happy Christmas. In other ways it isn't at all. It certainly isn't a very happy one for our country, what with the tragedy in Connecticut. I know that has everyone's emotions running high. It certainly had mine. I even spent most of an afternoon writing a blog post about it––only to delete without posting.

I actually do that often. That sometimes seems like a waste of time, effort and even research. Especially when I consider that those are the posts that would probably make this blog more popular. The ones in which I actually say what I think. Sometimes something just feels wrong about them though. Or else I have the suspicion that what I think is liable to amendment in the foreseeable future. Usually though it's because I rarely feel that saying what I think is worth upsetting people that I care for. Which is the [a] reason I almost positively never say what I think in real life.

In the end though I don't think those posts are a waste. They help me process through things. Kind of like writing an angry letter to someone who you're angry at and then tearing it up––something I've never actually done––just FYI. Maybe it will make me see I don't really believe what I'm saying. Or maybe I'll store it away, and say it later, when I'm sure that I do, and am in a position to actually do something about it rather than just spamming the internet with my complaints against the universe.

At any rate, it's getting to be Christmas time again. 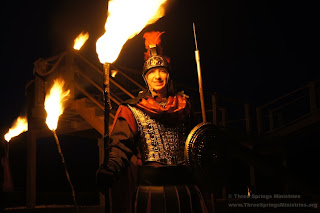 Last Friday I went to a live Nativity for the first time I can remember. "Live Nativity" was misleading. Renaissance Fair meets full scale dramatic production meets exotic petting zoo meets ancient Bethlehem would be a more apt way of describing it. It was almost overwhelming. Especially since the reason I was there was because I'd been hired to photograph it. I'd been expecting a few people dressed in robes and a manger scene.

It was also challenging because it was authentic to the point that there was nothing but torch light illuminating the whole thing. Ever since a co-worker asked me to video her wedding several years ago without telling me it was a candle light wedding, I've had a phobia of doing photography/videography in extreme low-light situations. Fortunately I've learned a few things since then––if only from other bad experiences––and I think these actually turned out well for the most part. Even if it was a long night. 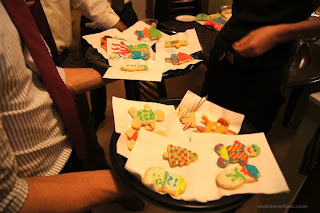 That wasn't the first or last long night. The one before I'd gone to the midnight showing of The Hobbit. My thoughts deserve either no comment or an entire post, so I will withhold them. After that a friend came back to my house and we stayed up the rest of the night watching the Geminid meteor shower. Great decision. It was the most spectacular I've ever seen.

Then last night was the annual Christmas party in Corning. I'm not sure how officially it's connected to my church, so I'll refrain from calling it the "Church Christmas Party." But that's more or less what it is. Was a very nice evening. We made way too much food––but that's never a bad thing.

The after-party went until about two in the morning––which was crazy because I had to get up at six to get ready for worship team rehearsal. It was fun though, even if the next day was rough. Everything felt as it should be.

And that's nice, because little else feels as it should be right now. I read an article by Bob Greene on CNN last night before I passed out. It did something I've never heard an editorial do before: It didn't say anything––only asked why. It was titled Has life in American gone insane? I've been asking the same question, only much more locally than "America" recently.

I think it's possible that everyone, myself included, has gone insane.

I've been asking myself that same question for about a year, and I've come to the conclusion that, all things considered, humans are no more crazy than at most points in our history. Ecclesiastes has an almost-comforting effect for that reason.

That's very true Hannah. I think I used to actually do a better job keeping history in mind - when you look at all of the ridiculous stuff that's happened during past eras it makes our own time seem... at least not unusual.

And Ecclesiastes too. I don't usually hear it called comforting, but yes, in that way it is.

Thanks for your perspective.