"And money answers everything...." 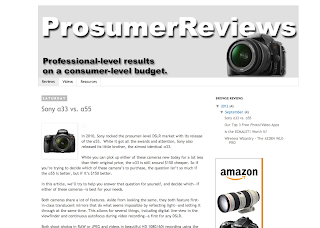 So it's been a really, really long time since I posted.

I think part of the reason is after my Beowulf post,  I got so many compliments and responses that the idea of coming up with anything that would top or compare to it seemed exhausting.

Getting traffic and attention isn't ever what I wanted this blog to be about. So sorry about that.

The other, probably bigger reason though, is that for the first time all summer, I have been really, intensely busy working on a big project.

It's actually several projects, but they all fit together into one big scheme or organism.

For the last two years I've been making a little bit of money from Google Adsense for YouTube, and two weeks ago, two things happened that caused me to try and scale my efforts on there to the next level.

The first was traffic on my personal YouTube channel increasing dramatically, to where I was consistently getting over 3k views a day.

The second was meeting a friend, and former boss who has been using Adsense in conjunction with affiliate marketing programs to the point that he's completely replaced his income with it.

So Sunday before last, I registered the domain name, ProsumerReviews.com, and throughout the course of the week designed a website, hosted it on the domain, created a YouTube channel with the same name, and wrote four in-depth product reviews, three of which have now turned into review videos that I've posted on the channel.

It's pretty simple really. The trouble with my old channel was that even though it is quite heavily trafficked, the videos aren't about things that are easily or effectively monetized. So my new channel is about digital video cameras and recording equipment––as is the website that it links to.

If I can just get the level of traffic on the ProsumerReviews channel that I have on my personal channel, then I'll be in serious business. The trick will be getting there. It took me a few years to get my personal channel to where it is, and I haven't yet thought of a good way to leverage that momentum over to the new one.

The cool part about these things is once you get them set up, they will continue to pay you constantly for a long period of time whether you continue to do much work on them or not. And that's financial freedom... something I think we all want.

It's probably a long road to that. Right now my monthly take is only barely enough to cover my student loan payments. Not enough to stop looking for other jobs, or even to fix my car's transmission probably. But that's something at least.