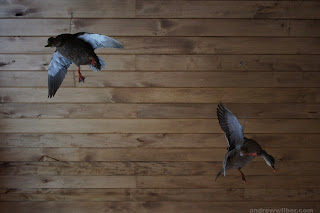 It's strange. I had like nothing to do for two and a half months, and now I have more to do than I know what to do with.

Well maybe not quite that much, but it seems like a lot relative to how it's been. It's funny how that goes. To a point it seems like my level of stress is the same if I'm doing one thing a week or 30. To a point. There was only one season in my life that I can remember being so busy that I literally had NO time. And all I really remember from that period is wanting to die. So I'd rather not repeat that.

Still, it's good to have something to do again.

This week I got a contract (I'm calling it that even though there isn't technically a 'contract'––most of the 'contractors' that I've known in my life never actually had contracts) to do a promo video for an organization out in the wilderness about an hour west of us. It was all thanks to an old friend/former sort-of-coworker from church who showed them my demo-reel without me even asking him to. So I've spent yesterday and today over there discussing what it should be like with them. 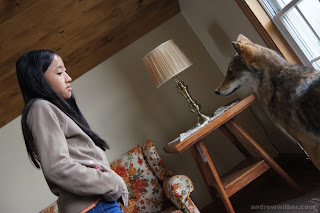 Today I took Misha, my sister, over with me to play with a girl she happens to know there. We ended up waiting for a while, so I showed her around the property, which is really beautiful. It rained a bit though, so we ended up inside with all the stuffed animals.

Also this week, I picked up a job posting (not writing, just posting) articles and reviews on a website for another friend/former sort-of-boss from church who has been building this affiliate marketing empire online. Will probably be only a few hours a week, but hopefully I'll learn some stuff from it that I can apply to my own attempts to make money that way.

And I'm studying for the FSOT.

The second reason is I don't want people to start thinking that I'm some sort of professionally unemployed test-taker––after I randomly took the LSAT this spring. The difference is I did that just to see if I could. I've never wanted to be a lawyer. I have, on the other hand, thought working for the State Department would be awesome since at least my first semester at Bryan... which is almost three years ago now. Wow. Has it really been that long?
Posted by Andrew at 9/22/2012 07:27:00 PM