The same but never

I've somehow gone and got caught up in another one of my Dad's new business ventures. Actually it isn't really new; it's been going, sometimes hopefully, sometimes agonizingly, for the last 11 years. There's now someone new helping to take the lead in it though. Someone from outside the family––which is probably a very good thing.

Despite the twists and turns of the past, I'm actually starting to get excited about it. And since yesterday I've been very busy working on visual media aspects of it as we're getting ready for the web launch soon. It's still a little early to start talking about it here, but I will post details in due time. I think something new is about to happen.

Something else that, like the above mentioned entrepreneurial endeavor, has happened before and is yet at the same time new: 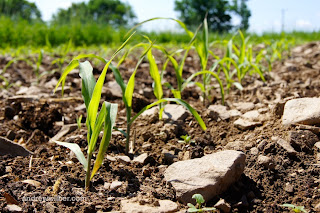 It's been shooting up at an alarming rate since we planted it a week or two ago. Also coming fast are the squash: 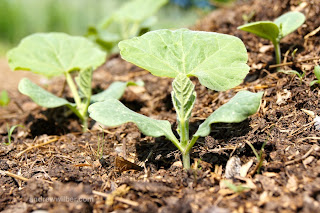 I went ahead and planted the whole seed pack expecting the germination rate to be––well––not as good as it was. Now I'll have to decide to either thin them aggressively or create a new hill. Not doing so well yet is the lettuce, which is sad: 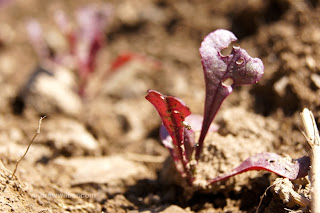 The kids started it indoors before I even got back from Tennessee, but it hasn't done much since we planted it in the field. It also looks like something has started to eat it too. Bt it may pull through yet.

Until yesterday, when the first video shoot for the afore-mentioned business venture happened and the ensuing editing marathon started, I actually was spending a lot of my time in the garden... which is a nice change from my more typical lifestyle of late, actually. Not that I ever really got away from it. I somehow ended up spending at least a couple of my weekends working on a farm in Tennessee. It's different though, being back here in Pennsylvania and doing it. The same things in the same places. I hope it works better than ever this time.