Super Size Me... not

The first week of my new schedule––soccer or jogging class every morning at 8am––is over, and I think it's going to be a lot better than I thought it would. Soccer has been fun, at least once we actually started doing it, and jogging has been great. Despite the fact hat I have always hated running in the morning, I've really enjoyed it so far. It's supposed to be just jogging, but as running is the only thing that I'm really anything near competitive in, I tend to end up doing at bit more than just an easy jog, which combined with soccer and being forced to stretch (something I never normally do) has left me kind of sore. But that's okay.

The only real downside to running in the morning is that it means I can't run in the evening. Despite, and perhaps because of, the on-and-off thundershowers of the past week, the evenings have been particularly beautiful––the kind I usually love running on. But I can't.

Well, I guess I could, but one of my goals for this semester––in addition to finding a job––is to get back over 130 pounds, and I don't think that's going to happen if I'm running/playing soccer twice every day. 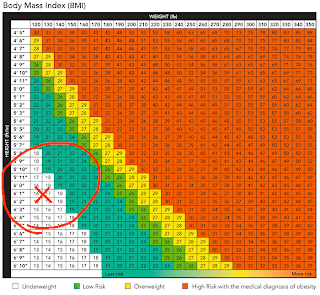 I've always been on the edge of being underweight, but a lot of it is just how I'm built. I was shocked over Christmas though to find that I had lost about six pounds over the fall semester, and this semester so far I've lost two more. When I got back for spring break, I had a friend I hadn't seen since Christmas ask me if I was okay just because of how thin she said I looked. I guess it's been a rough year.

I feel fine, however, and I think I eat enough. All the same, I'm taking certain measures, like trying to eat more... and not run ten times a week.

Andrew...you're just great. =) An actress in The Help had to put on 15 pounds for the part...(being a vegan) she would microwave cartons of soy ice cream and drink it...though, I wouldn't recommend that. ;-)