I've somehow become extremely busy since getting back from spring break. Sunday I filmed what is probably the most epic spoof on the show TopGear ever and have been editing it. Tuesday I had a paper and a bunch of homework due, just this evening I had a presentation human trafficking in India, and tomorrow I have an major presentation on the Belletristic movement.

While looking through some of my old photos from Europe in an attempt to find something to illustrate Lord Kames rhetoric principle of "sublimity conveyed through grand objects," I stumbled across some photos that, while probably not grand, reminded me of something that has become very popular today.

It was a foggy, rainy, early February night in San Lorenzo Italy, and for some reason that I don't remember at all, my friends––who were still very much strangers at this point––Mary, Connor, Nicole, Bryan and I decided to go stumble around in the wet and the dark. I didn't want to risk destroying my brand-new Panasonic Lumix super-zoom, but at the last minute, slipped my little Sony CyberShot, the first digital camera I ever owned, into my coat pocket. As I had suspected would happen, by the time we staggered into a bar which we would later know affectionately as Martin's––but like I said, we were still very much strangers at this point––we were completely soaked.

My camera was soaked too, but still functioned more or less. I took some rather awkward snapshots (may I emphasize again, we were wet strangers sitting together in a bar in Italy) as we waited for our chocolate calde to arrive. Stumbling upon them again just now, I was struck by how much they look like they were taken with instagram. Don't they? 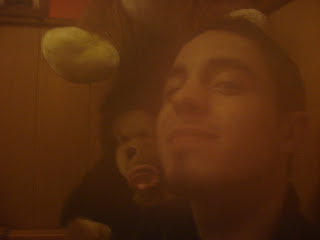 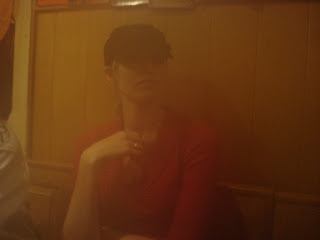 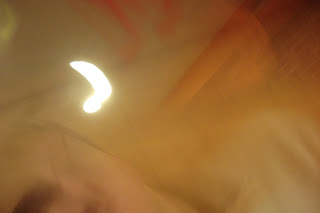 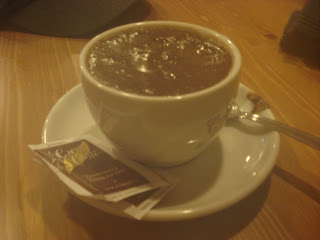