Out of [into] the wilderness 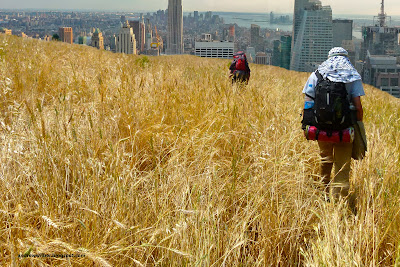 First week of classes went rather well. It wasn't a full week of course, so it's probably too early to come to conclusions, but I think this is going to be an easier semester than the last couple have been.

On class that hasn't started yet and that may make things a lot busier than they have been is newspaper production. I'm working for the Triangle again, only now as the multimedia editor. While on the surface that sounds like a lot of work––which it probably will be––I don't think it will be too stressful, because while I'll be working on a couple web/video projects every week, I won't be required to write anything unless I really want to.

One of my first tasks has been to create an animated version of the Triangle logo to go at the beginning and the end of video stories. I've been having some trouble with that, because I haven't yet been able to get a version of the logo in the right format to allow for a transparent background (or at least the software that I have isn't reading the one my editor... or I guess I should say boss now that I'm an editor too... gave me).

After being foiled for a while, I decided it was high-time I learned how to create images with transparent alpha zones in photoshop.... so I did. In the end though, I still couldn't get FCE to read the files with the transparent zones... which was really the entire point. I exported the image from CS3 in every single format and combination of settings within formats I could think of, and even followed the very explicit steps that I had for doing it in a tutorial by Izzy Video... and it still wouldn't work. So the next step I guess is to try it out on some of the school's machines, using CS4 and Final Cut Studio. Until then I'm dead in the water, as it were.

One thing that did come out of the whole chaotic little adventure was the above image though... and even though it does nothing to help me, I thought it was interesting enough to post here.

That is a very cool photograph.

Sorry you're having trouble with the logo :-/

Uhh, was I supposed to understand any of those fancy technically letters?????