This morning at 3am I was awakened by my cell phone, got up to turn it off, and realized that it was light outside. Then I looked at the clock, saw the time, and knew that something different was happening. Then I looked out the window, and discovered that there was a forty-foot flame shooting out of our field illuminating the entire western sky in red. 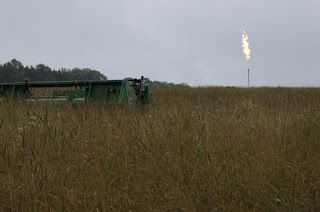 So it's finally happening. After weeks of hydro-fracking, months of drilling, two years of prepping, and half a decade of speculation, there is gas flowing out of a pipe––or rather four pipes––in our field. Good news indeed. Could have used it sooner, but hopefully it isn't too late. 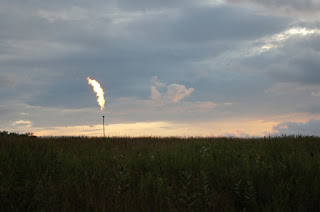