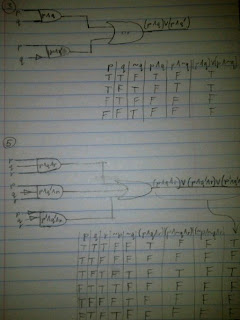 I've had a lot of ridiculous homework this week. In contemporary math, which everyone told me was supposed to be an easy course, we've been going through symbolic logic. To the left you can see my pitiful attempts at creating circuits from truth tables.

It's really fairly interesting, because this is sort of the way that computers work... but I'd rather let someone who is smarter than me think about it. Speaking of people who work on computers though, interviewed a few of them for my article for the Triangle this week. It's about these guys who created a photo sourcing app for bloggers called Wylio.

That one won't get published for a couple days yet, but my article from last week is up on the Triangle website. It's under the sports section if you're interested. Several people said they liked it, but I still feel like this week's will be a lot better in general, since it was a topic that I'm actually interested in.

Anyhow, I have to go eat now, but you should check Wylio out. You can find legally usable photos of just about anything... like say, a sea cucumber. It's Larry's cousin! I definitely agree with you on the whole 'let smarter people make computers' thing.