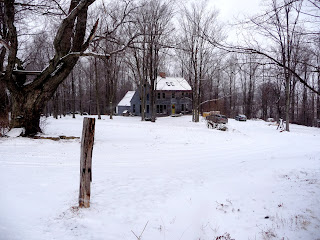 I had a good Christmas here at home with my family. It was rather different, since instead of spending Christmas Eve with my extended family as I usually do, I was in Virginia with my Dad working at a mall. An old business partner of my Dad had decided that he wanted to try selling the glass jewelry SOUL that he and my Dad based  a business on several years ago. They had spent the month trying to sell it at a Kiosk in the Lynchburg mall since before Thanksgiving, and my Dad and I just went down to help pack up and bring things back.  That day we worked at the kiosk a bit and it was interesting. While I made hundreds of them at our workshop back in the day and worked with the original artist who created them, I had never tried selling them before. It was kind of difficult really... I have so many bad memories associated with it because of stuff that happened back then that I have honestly developed a dislike for it, so it was weird trying to pitch it to people. At any rate, we didn't get back until 2AM Christmas morning.

While I wasn't able to do the traditional party thing, I did end up seeing my Grandparents and my Uncle Bruce, which was nice. It also turned into a very white Christmas. There was just a bit of snow on the ground in the morning, mostly left over from a week or so before. By lunch time though, it had started snowing again, and by that night we had several inches.

It has stayed very cold all day today, and I went out in the field to check on the gas well drilling site. I don't think I've felt cold like that in at least a year. Whatever the temperature was, the wind sweeping over the huge field that the site is on always plunges the chill below zero: 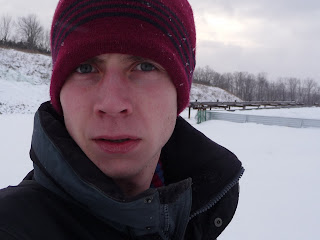 Below is a picture of the kiosk in Lynchburg: 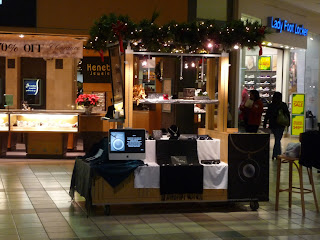