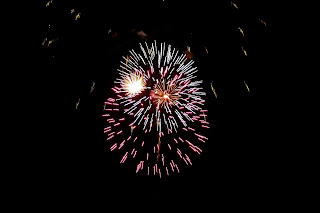 Early yesterday morning we left for Lake Placid New York for a week long vacation. We had a good trip up and were able to see the fireworks over the lake last evening. They were really good and they had fireworks on parachutes, which was something I had never seen before. The night was somewhat less pleasant, as I was awakened at 3:00 in the morning, not by the dog, as I would be at home, but by the lady next door swearing on the phone at her significant other in a loud and annoying NY accent for almost half an hour straight. I'm still a little tired today because of it.

Here is a view of the ski jump that they used here during the Winter Olympics: 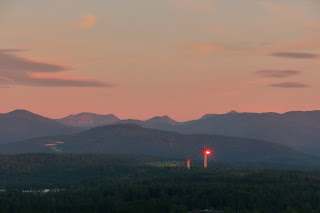 On the way up we almost had a disaster when the stove my Dad was bringing up to show several potential customers came unscrewed from the pallet (apparently the Canadians use wimpier screws than the company we used to work with). It didn't fall though, and we were able to strap it well enough to complete the journey: 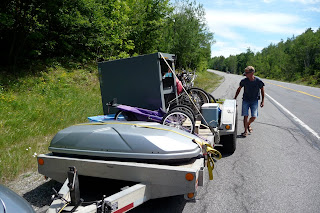