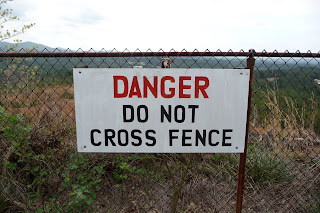 It's been a crazy, somewhat draining, and somewhat exciting week. I've had to lead a few group projects, and participate in a debate on nuclear energy. The debate was for our environmental science class, and today we had a field trip for that class as well. The trip was to Ducktown, a town on the Tennessee-Georgia border where the environment for thirty miles in ever direction was destroyed by chemicals released from copper mining and smelting. 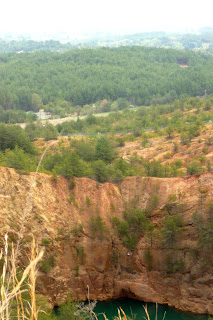 After our debate on nuclear power yesterday there were only three of us signed up to go, so we were afraid it would be a small trip. This morning though, three extra people (two of whom weren't even in our class) showed up to come, which made it a lot more fun.

After several stops along the winding road to Ducktown for Dr. Eisenback and one of his colleagues to look at rocks (which involved standing in a rock-slide danger area with Semi's zooming past just a couple feet from us and whitewater rapids on the other side of the road) we arrived at the mining complex and looked over the cliff into the valley below. This area (photo left) is an area that was left unreclaimed to give an idea what the entire region looked like before restoration efforts succeeded in the 70's. Even this isn't as extreme as it was, as some volunteer trees have taken root. Before 1970, photos of the area could be mistaken for Mars!

At the time when mining began in the late 1800's, the only way to extract copper from the ore was by firing it with charcoal, which was made from burning down every tree in sight. Then, sulfuric acid released in the process of the smelting itself killed any ground vegetation that was left. With all biological life gone, the soil quickly eroded, making it impossible for anything to grow there again (until drastic and expensive reclamation efforts that are still going on today.) 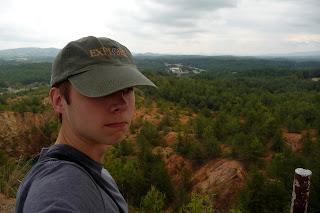 Here is an example of one of the water purification systems that the company that is currently helping rebuild the environment put in place. It's crazy to stand in this area and see the forests and fields of grass growing just hundreds of feet from ground that still looks like a desert in Arizona. Ironically, a woman we talked to who was a child before the restoration program said she much preferred it before the plants came back. She said there were no mosquitoes, rattle snakes, or other pests around, and that she preferred the way the red canyons and hills looked. 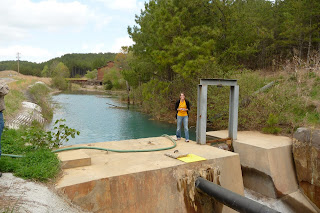 I personally can't help but feel that how it looks now is an improvement. On the other hand though, I grew up in hills that were green. Maybe if I had grown up in red hills, I would prefer them.... 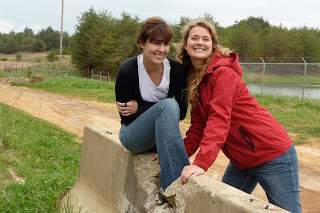 I've done quite a bit of stuff with my fellow SBI alumni here this week... partially spurred on by the fact that Stephani Pacey, one of my friends from there who, in her American life, goes to LU, is here visiting for the weekend. Last night Bryan invited me to his house where we cooked supper and met Steph when she came. After that we all went to watch the play Man of la Mancha, which was fun.

Tomorrow we are planning on having a little Italy reunion, which will be, I believe the largest gathering of our group ever back here in the States. So that should be good. Maybe I'll post about it if it later. For now, that's all.
Posted by Andrew at 4/17/2010 10:39:00 PM