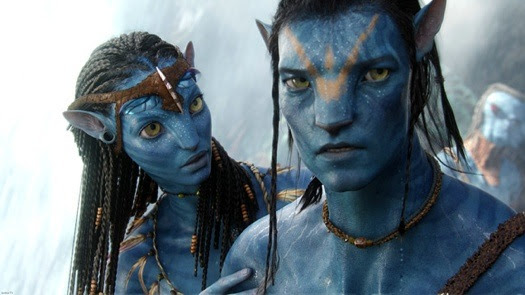 This evening I went to see Avatar with Joe and Mattea. Movie rocked my socks! Instant favorite! It was somewhere in between the Matrix, Star Wars, and apparently, Dancing With Wolves (which I've never seen, believe it or not). At any rate, about as soon as the star, Jake, spent his first five minutes with the Navi (the big blue indigenous people on the far away planet) I decided I wish I was one.

So... being a Navi would be kind of weird I guess. But you know what's almost as weird? Being 20! Yes, I turned 20 today! That's like one of those things that I thought about when I was little: "wow, when you're twenty, you're like... wow" So... anyways.

I didn't have a party, but that's really OK, because I'm almost partied out for the moment after yesterday. I had three, back to back. First, I went over to Kathe and Chad's house in Wellsboro to hang out for a little after semester celebration. Then, I drove home just in time to leave with my family for the Osburns house up near Catan NY. After drinking some wassail and chatting about the demise of Western civilization for about half an hour, I headed down into Gang Mills to play Halo with Joe and the crew.

Tomorrow I'm waking up earlyish to go here the Christmas Cantata at the Old Coovert Church up on Armenia Mountain. Then, going over and hanging out with our local fellowship for a bit. Then, I'm off to another Christmas party in Corning with friends from the Church I used to go to there. Now, this celebration is vamped as being something like the party of the decade, and with a theme like "It's a Wonderful Life" I imagine it is going to be pretty cool.

Happy to hear you enjoyed Avatar, Andrew! I'm hopefully going to see it today or tomorrow, and I'm really excited about it! Congrats on being 20!! :) See you soon!