Sorry for not posting for a while. I've noticed that's sort of a pattern for me in the summer: posting less, and generally doing less of everything even though I have less to do. And so far this summer, I have had very, very little to do. I'm still officially unemployed. I only work about one day a week and not for pay... so I've devoted my time to World of Warcraft, working out more and harder than I ever have before, reading thought provoking books, and learning a new language... in that order, unfortunately. 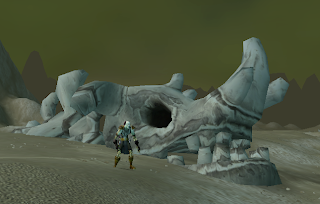 July is starting to look rather busy though. Our cousins from Florida are coming up to NYC for my Uncle to run the marathon there, and we are going to meet them. The guys in my summer Bible study and I are going to film comedic short film loosely (very) based on the parable of the wise man who built his house on the rock. And today at 2:00 we leave to go camping for a whole week. On top of it all I have had this crazy pipe dream of going down to Orlando to visit a good friend from Italy (in which case I would probably also try to hook up with some other people who read this blog)... but considering that he leaves on the 25th and all this other stuff is happening it's starting to look like it may not happen. Plus, I my car has some problems (the tires could fall apart at any minute, and the brakes only passed inspection last year because my Dad is a friend on the inspector) that I really feel should be addressed before setting of on a 3000 mile adventure. And then there is fact that while I drive twenty miles a day, and travel thousands of miles from home by myself on a a semi regular basis, I have probably never actually driven more than an hour away before... and the idea of just going off cross country is slightly intimidating to me. So all this to say: "Probably not gonna happen." but then, you never know.

I'm really looking forward to camping this week as much as I ever look forward to anything. We have gone camping with the Spanos and Hills Creek State Park almost every year since we met them. They are probably our best friends and it's always just a really fun, chill time, even despite the tradition of rain. I don't think it has ever not rained, and I'm not talking about a little sprinkle either. And from the weather report, it doesn't look like this year will be an exception.
Posted by Andrew at 7/03/2009 10:20:00 AM

God will provide something in His time. It sure gets boring waiting, though. Well, have patience. Someday you'll probably look back at this part of your life and think, "I could really get into that pace again".

Did it pour every day?