Groundhogs In Trees - The Right End of the Woodchuck

Yesterday, I'm sitting in my room staring at the computer screen or something while my Mom and sister Mattea have gone out for a walk with our dog Bella. All of a sudden, I hear shouting, and something about woodchucks and trees and Bella. Mattea comes running up and says that as they were walking past my Grandpa's garden, Bella treed a woodchuck (hillbilly speak for ground hog). While the idea of one of the fairly big, burrowing animals in a tree seems against several laws of physics and nature, I grab a little single shot break action .22 (that actually belongs to Mattea, but it's my favorite small game gun) from my arsonal and run after Mattea in bare feet. We go through the yard and across the road and through some more grass, past my Grandpa's garden and there it is: about seven feet up the side of a tree, is a woodchuck, stretched out and hanging onto the bark with all four paws. After a moment of bemusment, I raise the gun to my shoulder. I can't really tell particularlly well which end of it is even the head, but I take my best guess, and after some objection from my Mom about it looking cute, I take aim, pull the trigger. There is a crack, and the woodchuck cartwheels through the air several times into the rasberry bramble at the foot of the tree. It lies absolutely motionless on the ground. I have difficulty climbing into the thicket on account of my bare feet, but finally manuver my way in without to much pain or blood loss. The woodchuck is still completely still, and I have trouble even telling where I hit him. I turn him over by the tail and a small trickly of red from his ear reveals that it was a headshot. So the poor thing probably never even heard the gun shot, let alone hitting the ground. So I picked the right end of the woodchuck.
Posted by Andrew at 5/22/2009 08:38:00 AM 3 comments: 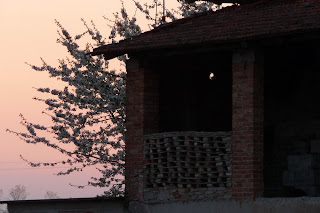 It's Spring again... the second time for me this year, as San Lorenzo was about three weeks ahead of Coryland weather wise. The leaves are on just about all the trees now, and they are still that bright green shade that is hard to really describe well. 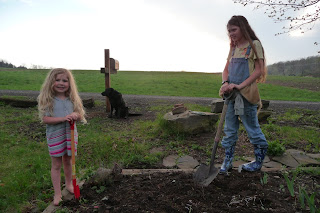 We went to a barn dance the other night, which was fun. There I saw some of my old friends/acquaintances for the first time since I returned. Last night I went to a bible study at Dunkin Donuts in Wellsboro with two of them, and, after attempting to focus on 1 John for about an hour, ended up walking over the the theater and watching the new Star Trek movie. I've never really been much of a Treky, but I thought it was alright. It was cool how they hearkened back to the original series, and even had the original Spock in it so much. 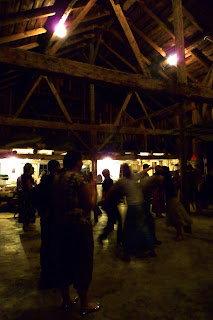 I had been doing pretty well staying busy and not getting depressed since I was back, but I'm afraid it's starting to catch up to me, as it always seems to unfortunately. I think to much here, (at least I think) and don't really have anyone to force on to other subjects when it's needed....

I've been reading The Yiddish Policemen's Union, by Michael Chabon, which is a remarkably gritty, raucous, and depressing book about a murder mystery in Sitka Alaska: a city that doesn't exist (at least not as it's portrayed in the book). It's supposed to be what the world would be like if after WWII, the Jews had been given land in North America instead of Israel. So far however, I probably wouldn't recommend it, and don't like it nearly as much as Mr. Chabon's last novel that I read: Gentlemen of the Road, which I would highly recommend.
Posted by Andrew at 5/13/2009 12:07:00 PM 2 comments: