My trip to Dublin went really well! We left Marco Polo Airport in Venice Friday evening flying on Airlingus and arrived in Dublin that night after a two and a half hour flight.

The next morning, after a not quite substantial breakfast of toast at our hostel, we read about a free walking tour of the city and decided to try and catch it. On the way we walked past the tallest statue in the world, sometimes called the "Stiletto in the Ghetto" which was built to celebrate the year 2000, and in a tribute to Irish punctuality, was completed in 2003.... 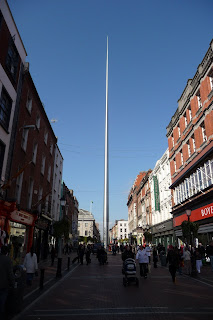 After a stop at Starbucks, we made it to city hall and met our guide named Clair, who was really nice and spent the next three hours taking us all over the historical section of the city and telling us stories from Ireland's tumultuous past (as she said, the Irish were good at two things: rebelling, and losing). The tour took us from the Dublin Castle, 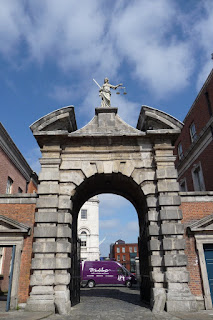 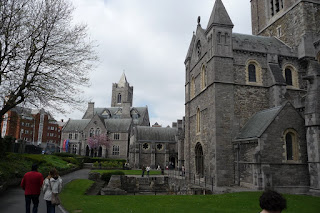 to Temple bar, the heroin junkie district where U2 started; according to Clair,
they would play there frequently but sometimes got to rowdy and ended up getting kicked out... after they made their first few million though, they bought the place, and still own in today. 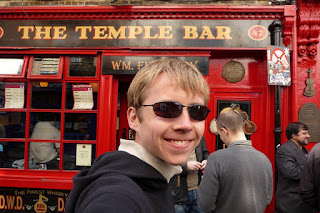 We also went to Trinity University, which was really nice. 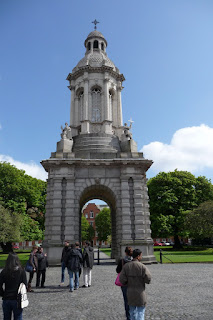 The tour ended at a park, the name of which I can't recall and we ate lunch at a little fast food
like place along the street where I had fish and chips. After that we returned to Trinity and paid an exorbitant €8 to see the book of Kells, an early illuminated manuscript containing the four gosples decorated with Celtic imagery. We also saw the Long Room, which is a huge collection of old books and manuscripts. That evening, some of the group wanted to eat Chinese for some reason that I can't imagine... but this was my only night in Ireland, perhaps for a long time, and I wasn't going to stand for that, so the rest of our group went to a Pub where I had a traditional Irish garlic sausage with mashe 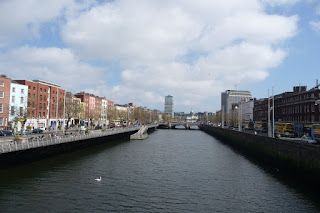 d potatoes, "mushy peas" and a pint of Guinness.


Later that evening, one part of our group decided to take the bus back to the airport, as our flight check in was a 4:00 AM, and we would have to sleep there, and another part, that aren't flying out until tomorrow morning went back to the hostel to sleep. Me and three others decided to take a cab back early in the morning so we could spend more time in the city. We went to this big underground restaurant with live Irish music and river dancers. It was amazing, and probably one of my best experiences this whole time. After that was over, we went back to the pub were we ate dinner and hung out there with some more live Irish music until about 1:00am when we took a cab back to the airport and spent an hour sleeping in booths at the airport McDonald's before registration opened. We flew out Ryan Air, which is the cheapest, most ghetto airline in Europe, and I was slightly worried about after hearing a number of horror stories, but it turned out to be a fine experience. 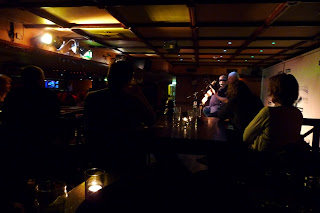 Looking out of the window after takeoff, I could see the Irish countryside, all cut of into green squares by stone walls, with mist swirling around... it was beautiful, and like Greece, it is definitely on my list of places to return to. 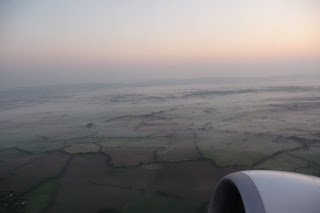 So this trip is for school? How long is it for? Where are you off to next?

The populace are hungry for details.

sweet. if/ when i go to Ireland i'll get tips from you.