Yesterday the whole class took the day off from Theology and went to Aquileia, a town about an hour to the South. It was the oldest church legally constructed in Italy and has the most square feet of mosaics of any building in the world. It's also the site of continuing archaeological digs. One of the most significant things about the church is the baptistery, which is large enough that only an adult could have been submerged in it, which this being the oldest church in Italy, proves that the Catholic Church orginally practiced adult baptism by emersion, not infant baptism. Here is the Church: 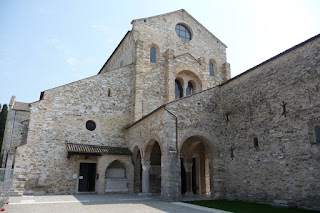 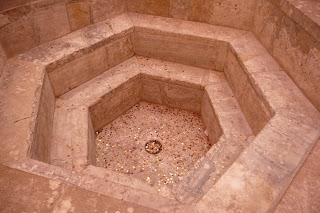 A mosaic from the floor: 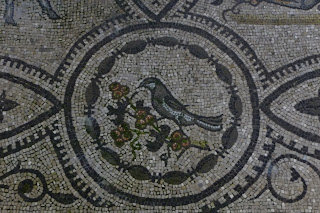 In the archaeological dig beneath the bell tower: 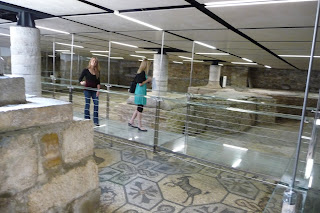 On the bell tower: 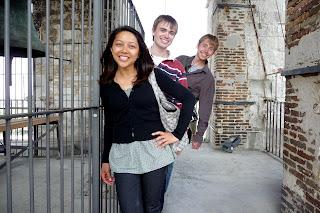 I've been realizing this past week that the semester is drawing to a close, and while I'm certainly ready to be done with classes, I really am not looking forward to leaving the relationships I've made here, I've never really had friends who were accessible to really be friends before, and sometimes I'm afraid to go back to being alone. On the other hand, I've learned that there are certain things to be said for aloneness, some of which I'm looking forward too... so it's bittersweet really... I think I'm going to try to be more involved with people back home though.
Posted by Andrew at 4/16/2009 11:52:00 AM