I finally made it to Austria this past weekend. Mary, Nicole and Connor were looking for somewhere to go this weekend and since we are going to be gone next weekend when the trip to Villach was planned, I suggested that we go. We did, and and ended up hitting Villach, Faak am See and Graz. Everything went remarkably well as far as transportation, and the first night we were able to get off really cheap with the hotel by sleeping on the floor, which was good. We were there for Easter Sunday, which the Austrians celebrate in a big way, and even went to a Catholic Easter mass in German. We started in Villach, but ended up spending a second day, traveling to Graz on a suggestion from our waitress at a coffee shop. The journey back to Italy was rough because it went through the night by train. This wouldn't have been bad except that we had three connections, so it wasn't ever possible to sleep much... I think I got under two hours all night. The worst part was that we made it almost all the way back - to Udine, the last stop before Casarsa, and had a three or four hour lay over. So we spent it sitting on the marble floor with the other homeless people....

Here is breakfast at the first hotel we stated at: 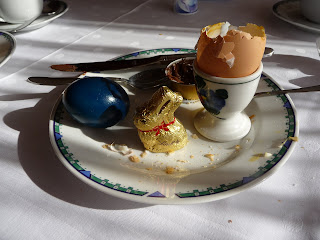 Villach was full of Easter decorations. Here are Connor and I: 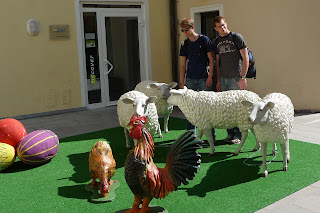 All of us on the bridge in Villach: 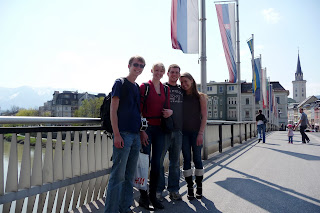 We went up into the Dolomite Mountains to the town of Faak am See because we heard there was a lake there: 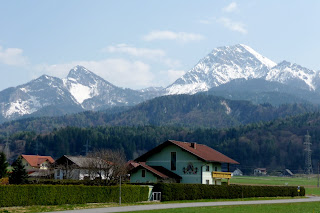 As it turned out, the town was mostly abandoned because the water this time of year is basically run-off from the glaciers and is only a few degrees above freezing. On top of that, most of the Lake is private and we had to walk around it for a long ways before we finally decided to just trespass onto an unoccupied camp area where we went it. The water was so cold I had to stop swimming and turn back because my body was becoming difficult to move! 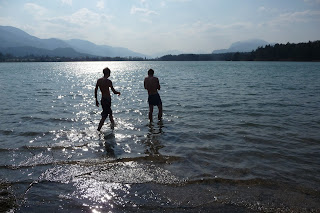 At a park in Graz: 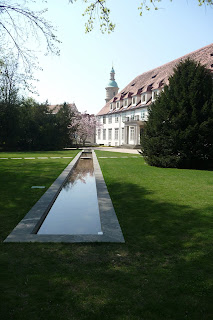 Here is the Cathedral where we went to church Easter morning: 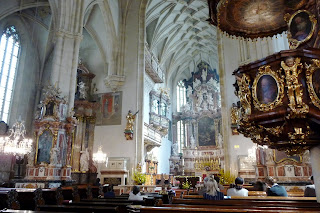 I wish not agree on it. I over precise post. Particularly the designation attracted me to review the intact story.

Genial brief and this mail helped me alot in my college assignement. Thank you for your information.

Opulently I agree but I think the brief should secure more info then it has.