Roman Ruins II: The Forum and the Pantheon

Directly across from the Colosseum lies the Forum - a sprawling compilation of ruined buildings that were once the Government, market place and imperial palaces of Rome. I took a nap on Palatine Hill, the home of Caesars palace, leaning against a block of stone that had once been part of that very building. At one point I looked up and these two young Italian boys were playing soldier with wooden swords here. 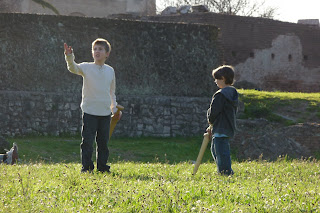 Much of the forum was only recently opened to the public as so much of it was under archaeological study. They are still working on it though, as I could see in this picture: 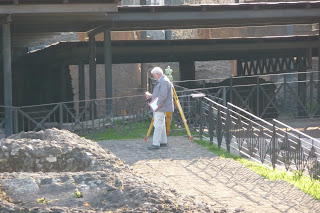 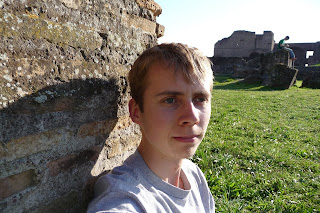 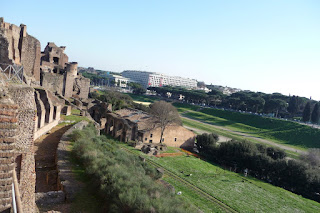 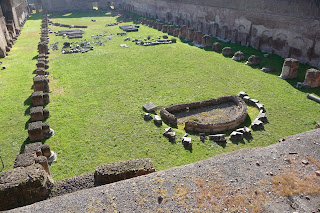 Our group broke that evening and I went to see the Pantheon with some friends. 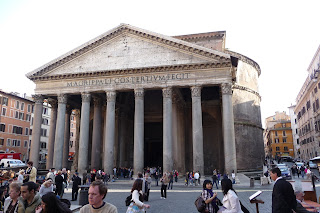 Here is the inside. It was actually the largest dome in the world for over a thousand years, and the occulous in the top is open, so rain comes right in, and there is a drain on the floor below. The building was turned into a Catholic Church at some point, which is unfortunate in that all the original sculpture and decoration was lost, but fortunate in that it's probably the only reason it survived to this day. 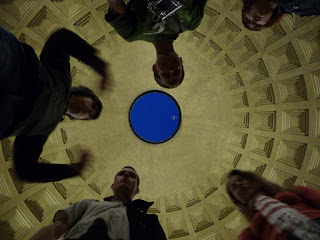 After that we went to the Trevi Fountain. It was beautiful, and I threw a coin in, which apparently means I will be back: 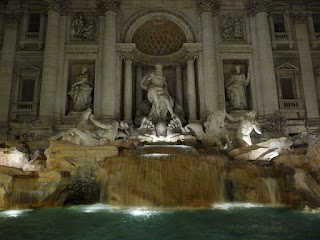 oh good! We were hoping you would go to the Trevi Fountain!

Yes. It was beautiful! You just walk around this corner and BANG! Trevi fountain.