Here is the Cathedral of Santa Maria del Fiore, often known as Burnelleschi's dome, after the architect who designed it. It's interesting to note that the people who built the foundation did so knowing that the technology to build the dome didn't exist yet... talk about a little bit of faith. The round looking building on the left is the Baptistery, the building behind is the Cathedral, and obviously, the dome: 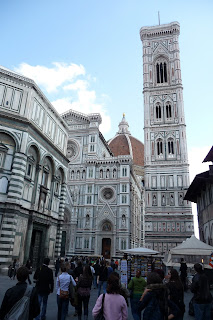 Here are the famous doors of the Baptistry, forged by Lorenzo, Brunelleschi's rival. 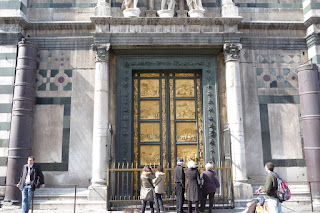 Here is Yontz, on top of the Dome: 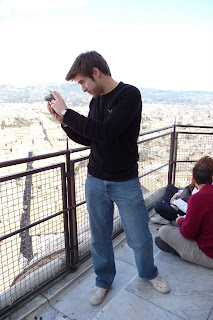 Myself on the dome: 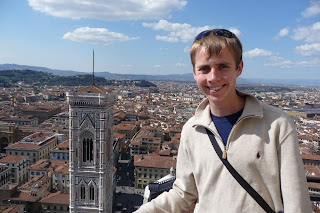 The view from the dome: 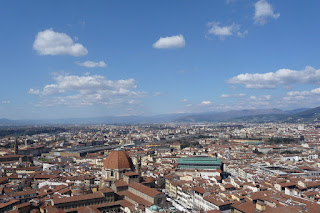 The paintings on the inside of the dome... they were surprisingly graphic and distrubing for a church.... 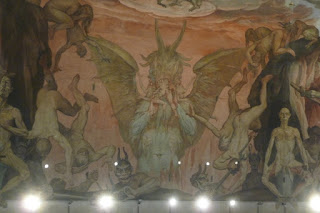 Here is the roof of the baptistry: 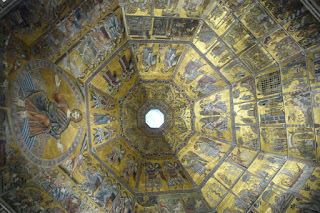 Here is the main hall of the Medicic family Palace: It was built by Cosimo, the first Medicic ruler of Florence. He was first apointed because, having been raised alone by his mother, he was assumed to be weak minded and able to be manipulated. Instead he ended up being the most powerful ruler in Florence's history. 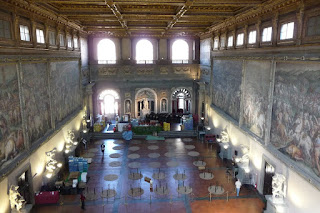 Here is a photo I took of the Palace from a hill across the river from Florence: 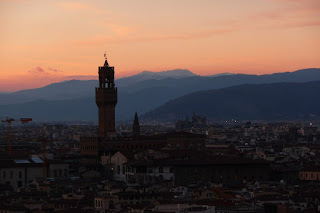