Athens is probably the biggest city I've ever been it. Certainly on this trip at least. Standing on the Acropolis where I took this photo, it stretches out like this as far as the eye can see in every direction, accept the ocean. There are hills, around parts of the city, and also sticking up out of it like you see here: 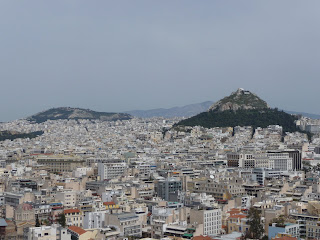 Here is the Parthenon: I was almost blinded when we got up here. It had been cloudy that morning and I left my sunglasses in the hostel. When we got to the top though, the sun came out, and there was nowhere to hide from it (well, actually there are a couple olive trees around the back, but I didn't find them until later.) So now I'm a little sunblind, and burned as well, but it was worth it: 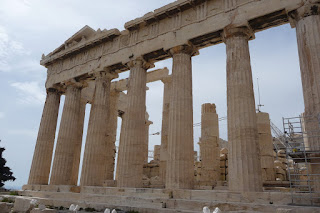 Adjacent to the the Parthenon is the Temple of Athena-Niki. It is unique because it has columns in in the form of woman: 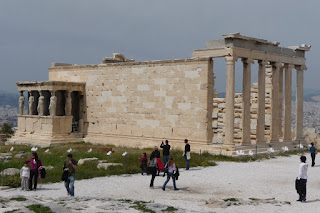 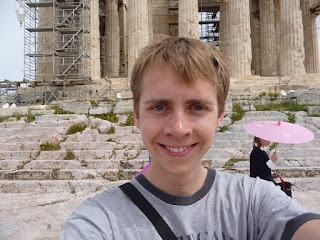 We went to the Areopagus where Paul preached to the Athenians 2000 some years ago, and it was really neat, and made almost entirely of stone with steps carved in it to the top. Here are Stephany, Claire and Katy sitting on it: 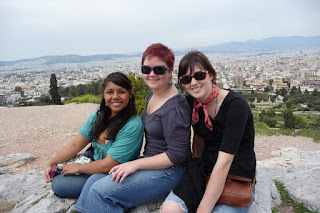