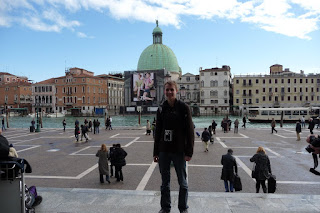 Yesterday I went somewhere that I have dreamed of for a long time: Venice.

Historically it was the home of Marco Polo and because of it's position on a key trade route enjoyed the most contact with Asia of perhaps any city in Western Europe. The consequent cultural diffusion that took place over the centuries gave Venice a distinct culture, blending Northern Europe, the Mediterranean and Asian culture and architecture into one brilliant tapestry.

So, enough with the Anthropologist.

Venice is built in the water, and while it's not quite true to say that they have canals instead of streets, it's pretty close. If anything, I would say that Venice is a city of allies. There are no cars anywhere, and the average width of a street is probably less than what we would call an alley back in the States. 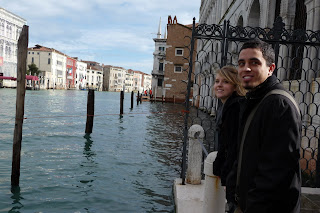 Today Venice has so many tourists that the place has almost more the feel of a theme park than a city. We were lucky though yesterday. It was supposed to rain, so there were many fewer tourists than usual, and then it ended up being a beautiful day. It's almost carnival season here, and so they are selling all of these masks and dolls and things kind of like Mardi Gras. 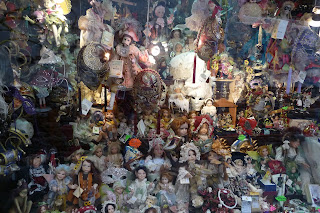 They also have lots of open air markets where the locals can buy fresh fruit. 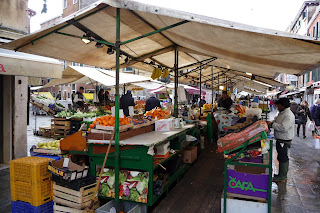 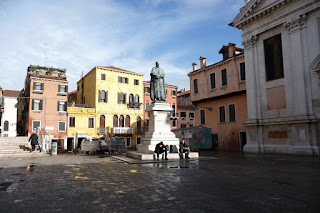 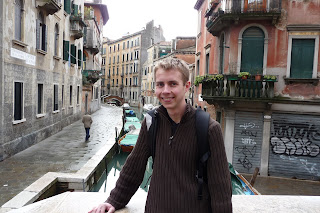 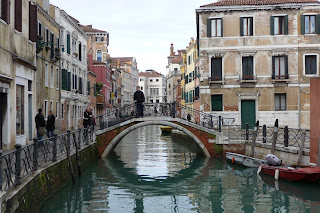 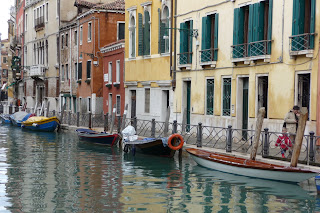 Many buildings here are leaning slightly (and not so slightly) 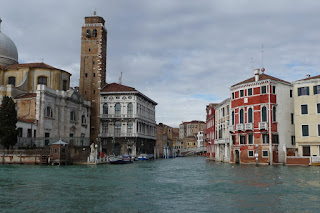 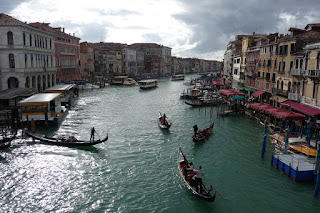 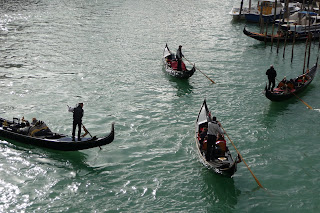 Here is Saint Marks Cathedral: It's a good example of the different cultural influences, as it looks more like Byzantine architecture than the Gothic stuff you see in the rest of Europe. All of those paintings are actually mosaics by the way, and this was just one small section! 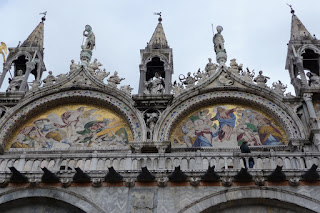 Here is the tower that was next to San Marco, I forget what it's called now. 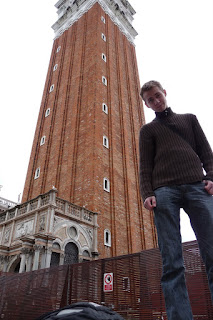 Here I am looking out into the bay: 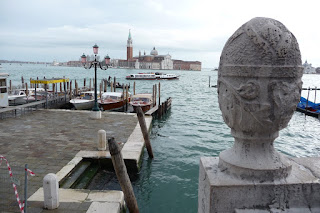 Walking through a random street... can't tell you how long we were lost... sometimes the signs are wrong. 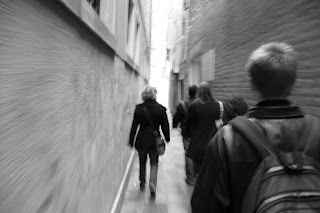 So I can cross Venice off my bucket list now I guess. I still plan on going back two or three times in the next couple months though.

Venice!! Ah, I've dreamed of there too. You've got a bucket list already? :-p

haha, well, not an official one... just a vague one in my mind.