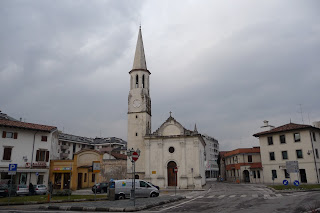 Today we went to Spilimbergo, a small city about 30 minutes from San Lorenzo. The goal was to practice evangelism in a different environment, but we also spent a good deal of time touring the historic district, which was fantastic (and a big reason I wanted to come to Italy).

Here is downtown or centro Spilimbergo:


Eating jelato at a place they said was "pretty good". I seemed great to me, but I guess people who have been here for a while have different opinions. They say that the farther south you go, the better it gets. 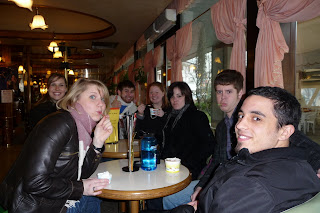 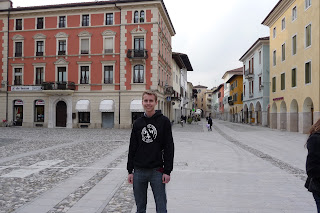 Jonathan being a serious photographer: 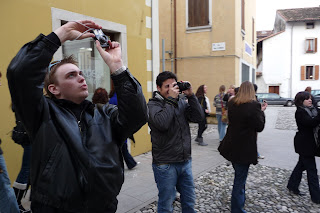 A street named after a certain author who is just slightly famous: 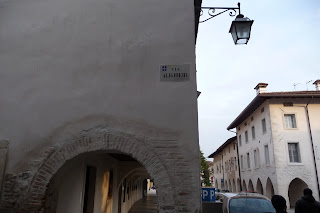 The entrance to the cities 12th century church or chiesa: 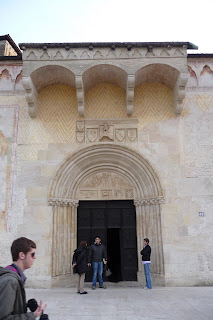 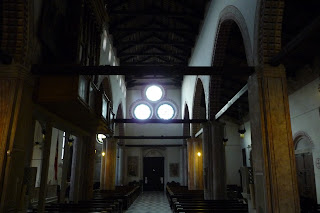 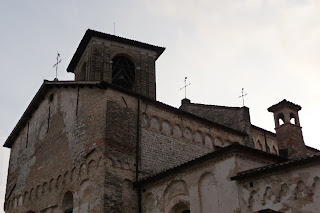 Here was a sort of vista where we could look out over the plane for miles and miles. It's no wonder they built a fortess here centuries ago. You would have been able to see the enemy coming for miles. Today it was to cloudy to see much of anything though. 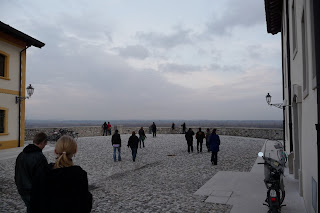 The structure on the upper-right corner is a mediaval fortress of sorts. These teraces and walls stretch on all the way from it to the platform in the above photo where a took this picture: 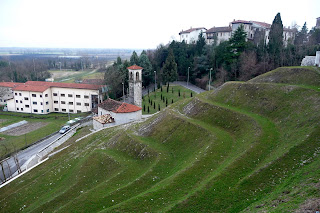 I just finished writing my paper on (or against, rather) objections to assurance of salvation. It's a little after midnight here and I'll be going to sleep soon. Tomorrow I may have a quize, and there are a couple papers due next Tuesday, but it should be pretty smooth sailing through the weekend. I'm going to Venice on Saturday, so I will be sure to post about that.
All for now.

Thanks for your continued prayer!

gelato....YUMMY!! I would eat that all the time if I were you.