This week is ministry week; the time when we have no courses, and spend the time doing evangelism. I have to say going into it, I was dreading it a little, but now, with it almost over, I think I have to say that it was one of the best experiences I have had yet, and would not mind doing more of it. Our days start by going to a city and putting tracts in mailboxes (in Italy it is illegal to hand them to people unless you pay a "littering fee" with every tract - in the U.S. though, it is illegal to put them in mailboxes though... so it's a trade off I guess). We spend the later part of the afternoon either helping at ESL (English as a second language classes) or doing street evangelism with mimes and chalk talks and things. The Mime below is to the song everything by Life House: 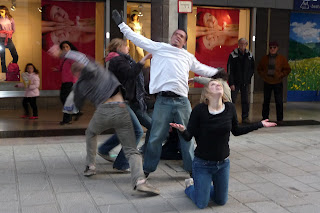 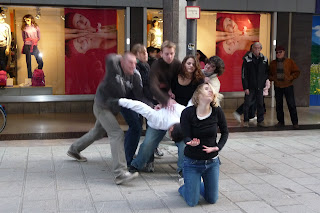 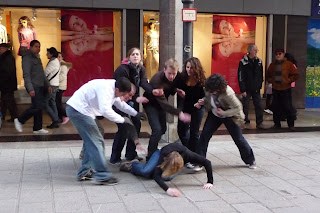 At a bar in a break between skits: 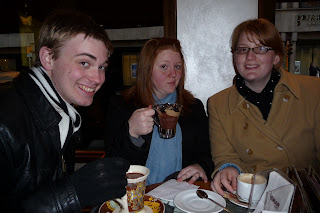 Jonathan at the "Castle" above Udine) 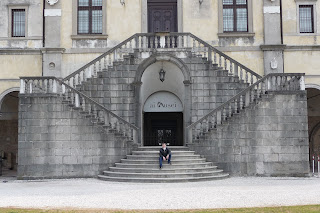 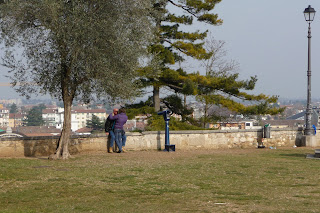 Distributing tracts - the majority people here live in high rises and apartments and things. To get in you have to press names at the gate until someone answers, at which point you say "Pubblicità?" meaning advertisement, but really has a connotation something more along the lines of junk mail: 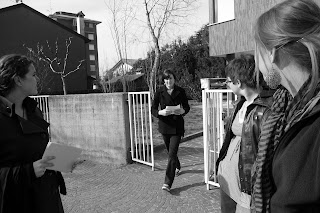 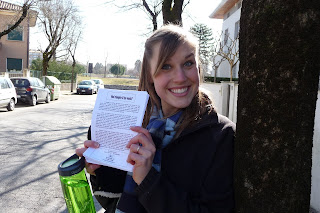 Some Italian school children we passed in Casarsa this morning: 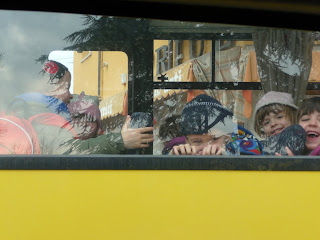 Wow... that is amazing. I have seen a mime like that one before, too! Very powerful message that works in any language. Good for you.

Love this picture of the children!