Last weekend we went to Lake Placid again for a stove delivery, and while we were there we toured the Grave and Farm of Abolitionist John Brown... who was hanged after attempting to start a slave uprising in the South and is often attributed with expediting the onslaught of the Civil War: 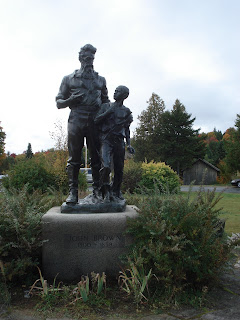 Here is his tomb stone: 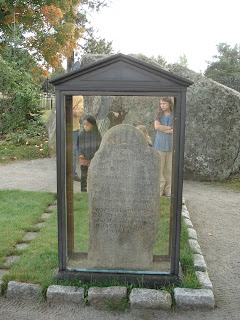 Here are the buildings he lived in: 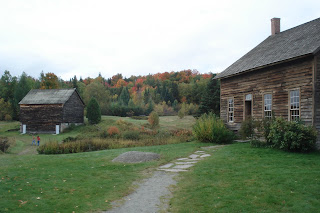 Here is my brother seeing how they would have carried their water: 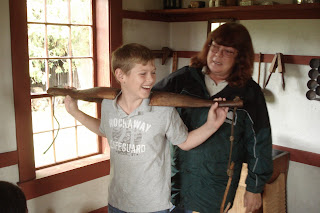 This week went well. My Oral Comm Presentation turned out very well especially I thought. This past Thursday I the Social Science Club hosted a Guitar Hero Tournament, and I went, being the treasurer and all. I don't really care to much for the game myself (I think the fact that I play guitar in real life would make it harder for me) and since money was on the line I figured it wasn't the best time to learn how to play.... It was still fun though, and we had more of turnout than we were expecting as we had scheduled it on the same night that a bunch of Greek Clubs were holding their initiation rights. Here are Bill and Tiffany setting up: 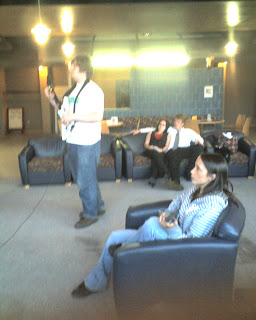 This Friday night I took my brother to our cousins for a "Guys night" and we played xbox in their barn. Unfortunately it's not heated up there at all... Daniel and I brought in a big old kerosene heater and that was the only warm spot. The heater made so much smoke though (either it was really, really dirty, or what Daniel thought was kerosene was actually something else) that eventual we had to turn it off: 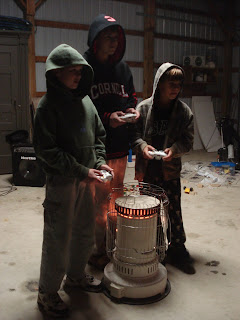 The next day we drove to Wegmans in Corning and met up with the rest of our family and some other people and went grape picking up in the finger lakes: 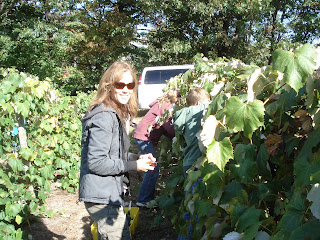 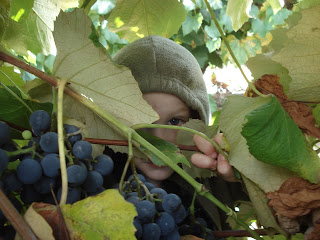 And I am learning how to play Knights of Cydonia, which is a rocking song.

So much fun! John Brown.... I think I know who that is? Good picture of the kiddo in the grapes.

Damaris says hi, and she is jealous that you guys have to use heaters.

Down here, we get fans if we play xbox in our barns. (yes, we have barns, beef cows are big where I live)

Great entry and beautiful pic of the nice looking lady in the vineyard too! (OH, this is NOT Mattea either)