The 3rd or so cousins I never knew I had 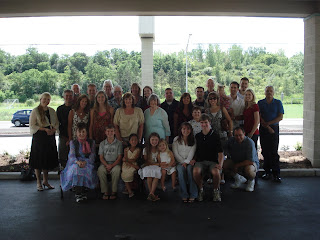 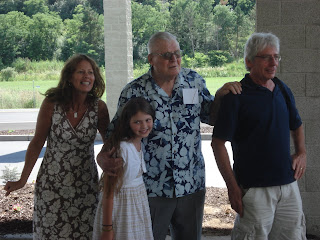 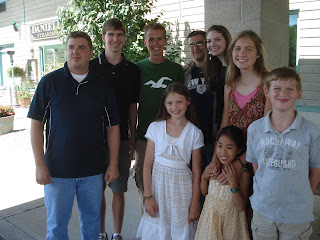 I had a really cool experience today. We went to a family reunion for some rather obscure relatives on my Moms side and I met a bunch of really cool cousins that I never knew I had (actually they were more like 2nd or 3rd cousins, but anyways....) It was up in Syracuse NY, and it was hosted by my Uncle Bob (whom I hadn't seen since I was little, as was true of most of the people there that I had ever seen at all).

Now, I was expecting it to be a bunch of older people, and a lot of them were, but what I didn't expect was that there were also some, not so older than me people there too. So I met Steve, Bill, Tom (whom a number of people said had a creepy resemblance to me) and Brooke (who has a creepy resemblance to Ann Hathaway). So, the kids of my Moms 2nd cousins... I'm not quite sure what relationship they officially have to me, but one thing is true, I look more like some of them than anyone in my direct extended family, which has always puzzled me (how I don't really look much like most of the people I'm related too) but maybe some of those genetics from this other side were expressed in me... so that was cool.

what happened to the other one?