We had a really good time in Washington D.C. We went to a couple of the museums and things, which I had never done before, and had always wanted to do. Here are some pictures from the Smithsonian Museum of Natural History and the National Gallery of Art among other things:

Out side the Art Gallery: 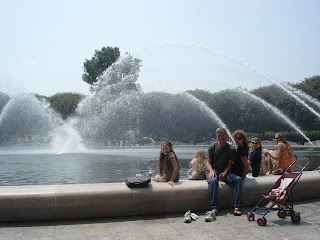 At the World War II Memorial in Annapolis (that's the Navel Academy across the bay): 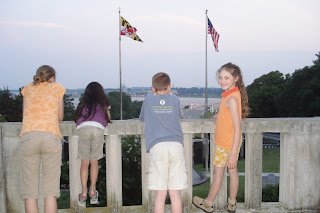 The National Gallery of Art (looking down I was really exited to see the big red metal thing hanging from the ceiling, the name of which escapes me, but I have a stamp collection with it on it, although I always thought it was a little painting, so imagine my surprise to see it!) Also, you can see the  poster for the Afghanistan Exhibit. That was probably my favorite part. They had all these ancient Persian treasures that had been in the Kabul National museum. Now, as you can imagine, the Kabul National museum has been through some turbulent times in the past few years, and they thought all these golden treasures had been stolen or destroyed, but as it turns out, some of the curators had packed them up (at great personal risk) and hidden them and they were just discovered in 2004 and are on display now for the first time: 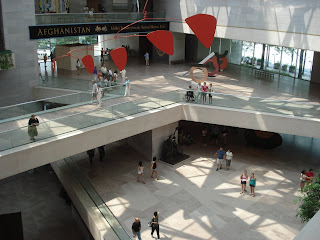 Actually, my favorite exhibit may have been the Western Culture room (being an Anthropology major) where they showed the evolution on human civilization and had all sorts of awesome artifacts like these pots: 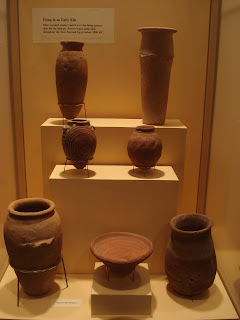 Here is Misha in the animal area joining the frenzy: 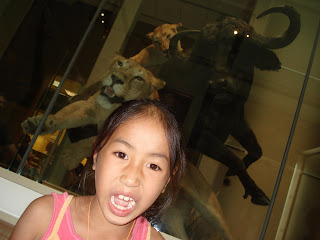 Here is the T-Rex scull from the dinosaur area: 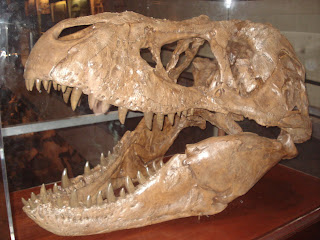 haha, yeah. I didn't have them all uploaded or labeled or anything when you saw them but yes, pics indeed. Twas a pity we couldn't have seen all you guys when we were down there, but it was really kind of a whirlwind trip.

great story about your poor mistreated mac btw. have you read voltaire before? i had to read that book for school and it made me sick. literally.

haha, no. although I have in the line of school read a number of books that were quite sickening. I'll keep that in mind.