For my UNV class I've been having to keep a journal of my first semester here. I'm posting it to my blog here for safe keeping, future reference, and, in the small possibility that anyone is interested in reading them.

Was a fairly uneventful week... no big tests, not major assignments. I got my scores back for Soc. I got an 82, which isn't the greatest I know, but was still quite high for the class. I was pleased with my score on the Micro-Computers assignment from before. It was in Word, and I got 29/30. So that was about all.

Week went well. I had a sociology test. It was harder and a lot longer than the first. I also don't think I studied as hard for it. But I talked to some other people - including another sociology major - and they agreed that it was harder too. Maybe not so much in the content, but it the way the questions were phrased.

I didn't go to Navs this week because I THOUGHT, that I had three modules to read in Biology, but when I finished them and went to take the quiz on blackboard, it hadn't been posted. I did some looking around, and come to find out, class was canceled for the next day and we didn't have to do it! At any rate, I was still going to have to do that reading eventually, so it wasn't a real waste. I just didn't need to do it that evening.

Spring break! Nothing to report... except going to the Library once.

I had an interesting week catching up from the flu the week before. I dragged myself into Anthropology last week, so the only test I had to make up was Biology. Apparently I actually did better while I was sick than after because I got a 98 on the Anthropology Mid-Term and a 76 on the Biology. I was pretty disappointed about the C in Biology, but I guess it wasn't that bad because the class average was only a 62, so I'm not sure how the final score is computed, but just maybe it won't be that bad.

This was a good week. I got the rest of my test scores back. I didn't do quite as well as I would have liked on the Anthropology quiz, but it was still fine. And I got a 96% on my first biology exam! Which is way better than I expected to do! I'm going to keep going to the SI sessions though. Even if I don't learn anything new (which I often do actually) it gives me another chance to think over the material.

I went to a Navigator's meeting this last thursday, and it was great! I had been starting to worry because it had been more than a month now I think I met everyone there that I knew, but hadn't yet seen around campus, and that I had seen around and wanted to get to know. I even met an old friend, Chondra, from my days in Karate. I talked to Abby, who is in my anthropology class, and invited me to Navs, and I may end up helping her lead worship sometimes at the event, as their worship leader just stepped down and they are looking for other people to step in. 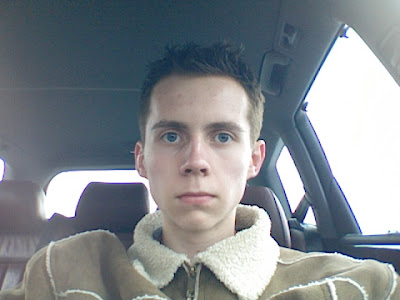 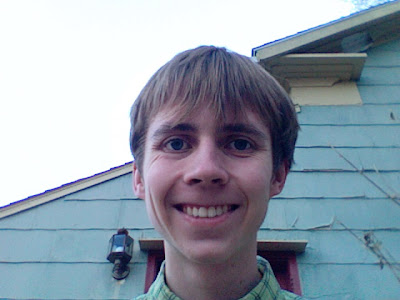 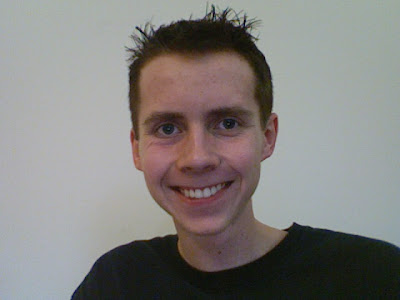 Him Whom They Pierced 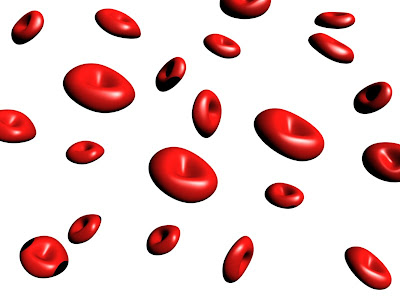 But one of the soldiers pierced his side with a spear and immediately blood and water came out. And he who has seen has testified, and his testimony is true, and he knows that he is telling the truth, so that you may believe. For these things were done so that Scripture should be fulfilled, "Not one of his bones shall be broken." And again another Scripture says, "They shall look on him whom they pierced." John 19:34-37
Good Friday.
- Andrew
Posted by Andrew at 3/21/2008 08:11:00 AM 2 comments:

Well... it's been a good week so far... I'm on Spring Break, which is really cool. I needed it after the last couple weeks. We had a big ice storm Saturday night. We have had a great abundance of ice storms this year. I think it's climate change. Sunday morning before church we were all crazy and ran outside in the woods and came back through the field. It was stunningly beautiful with all the ice on everything and the bright sunlight making it all sparkle. I took some great pictures, but as I can't seem to find my camera card, I can't download them to my computer, which is very unfortunate as I would upload some of them. In the meantime, I down loaded a bunch of free software to my computer. One of the programs, Blender, is a 3D rendering program that has actually been used for some movies and things like Spiderman 2, but is available  free online. It's quite complex and not exactly the most self-exclamatory program ever, but since I haven't had much else to do, I decided to try and get a reasonable understanding of it. I've only been working with it since Saturday I think, but here is some of the stuff I've made: 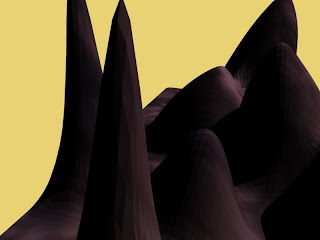 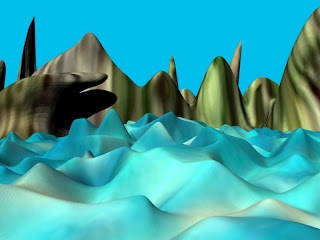 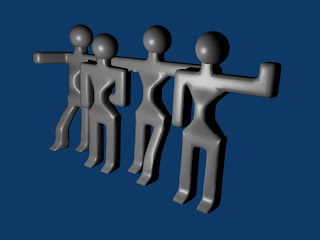 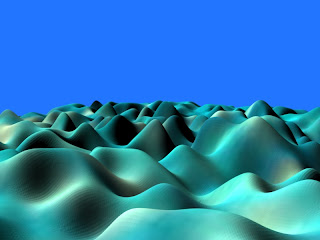 We have had just a little ice the last couple days...

Email ThisBlogThis!Share to TwitterShare to FacebookShare to Pinterest
Labels: A6, Audio, cars

Wow... I have been sick this week! Terribly sick. It started on Tuesday, I left for Biology lab around two in the afternoon, and even then I could tell I wasn't feeling that great. By the time I was actually there, I new something was wrong, and it was hard to concentrate through the lab. After that I went and ate a sub and got one of those bottled Starbuck's drinks (which is probably the only reason I lived through the evening) then I came back and went to the telephone lab to call some people for this sociology survey one of my Professors, Dr. Madigan, is doing. I got down into the room and he handed me the survey to read over before I started calling (the survey is like 75 questions long, and you have to ask different ones depending on how the people answer them. So I'm looking over the thing, and it looks so confusing and I can't seem to figure it out for the life of me. Finally I got through it and started calling, and it took me about ten calls before I got someone who would do it, and that was the only one I got done, because I had to leave and hurry over to North Hall where we were having to take a tour of the Library for the "First Year Course" that I'm required to take... and that's when I really, really new something was wrong because I started coughing and feeling like I was going to faint (which I never have before, so I shouldn't worry... but it felt like it) and for part of the tour we were standing in the Middle of North Hall where you can look down all the floors and I honestly was afraid to get to close to the railing, because I was afraid I would faint and fall over the edge.  All said and done, the tour went like fifteen minutes overtime. Then I had to drive home and it was snowing and dark... so I turned on the soundtrack to the Bourn Ultimatum and pretended I was in Russia or something.... Then I got home, and went to bed and the next day it was confirmed: I have the flue.
So, I've had to skip two days of classes, which normally wouldn't be so terrible, but it's Midterms right now, and to of those classes had big tests. I went to one... and I think I did alright, but I was completely wiped out afterwords. There was another on Friday, but I had to email that professor and ask her if she could let me take it another time because I couldn't possibly do it again.
I do know where I caught it though, it has to have been Syracuse, or Ithaca, last weekend with my Dad. My Dad came down with it at almost exactly the same time I learned later, so we have to have caught it at the same time, and the only time we were together anywhere was that farm show in Syracuse, and then that Mexican restaurant in in Ithaca afterwords.
So there... that was my week.
Ahhhhhhhhhhhhhhhhhhhhhhhhhhhhhhhhhhhhhhhhhhhhhhhhhhhhhhhhhhhhhhhhhhhhhhhhh!
Posted by Andrew at 3/01/2008 01:21:00 PM 3 comments: