We went up to Ithaca this past Sunday. While we were there we hiked up to Taughannok falls which were really cool. The most interesting thing however were the strange pillars of rocks that we found all along the riverbed leading up to the falls for about 200 yards beneath the steep canyon walls. They were these obviously human made structures of stones stacked on top of each other. Some were simple piles of pebbles, others were small master pieces of engineering, rising nearly eight feet in the air with elaborate supports and buttresses. I have to honestly say that standing there in the deep gorge, with the waterfall before us with all of those hundreds (at least hundreds) of pillars each one of which had been made by someone, had to have been one the most magical things I'd ever seen. My family and I and some other people who had walked up the canyon soon set about building our own little obelisks, with some consternation as it seemed that so many towers had been built that there was actually little room, or material left, but we managed eventually.
Now, here is the really strange part, we had assumed that these towers were an integral part of the Taughannok experience, and that by adding our own we were simply continuing a tradition that had gone on for years, but as we came up to the observation area, my Mom began talking with another woman, a frequent, long time patron of the park, and, low and behold, just six weeks before, none of this had been there! That's right, it had only been a short time since the very first pillars appeared. Stranger still, it appears to be a complete mystery as to who is responsible for starting it. A college frat prank? A Buddhist blessing? Who knows? Here are some pictures. I'd like to hear all of your opinions on what they could be! 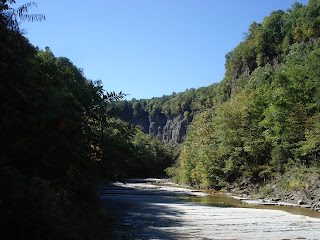 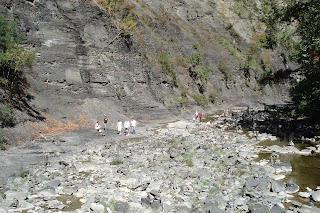 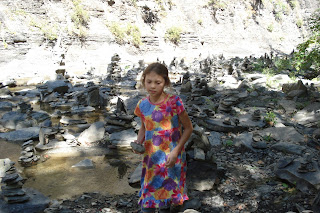 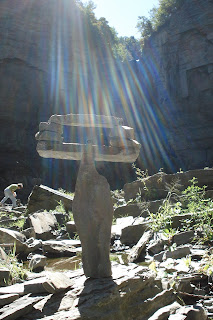 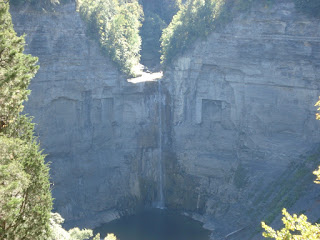 Wow. That's funny! Someone must have had a lot of time on their hands, or maybe it was a whole bunch of people who kept doing it, like you guys.

That fourth pic is amazing!

haha, driads, I think thats my favorite idea yet! : )

Thanks, my camera does that some times if you get it at just the right angle to bright light, which can be annoying, but right here its good.

cool! Yeah...when we went up there last, nothing like that was there. lol
Glad you guys had fun building!!!! =D
Hmmm....those pics are cool!! fun fun fun! :P
~anna

Ya know...it may be some of the colagge kids from nearby, and other people just kept adding on more and more.

yeah, that was what my Mom thought it might be. Do you think Rachael did it?