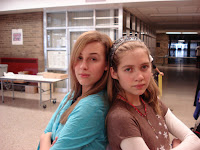 Mattea and Delian on Sunday. 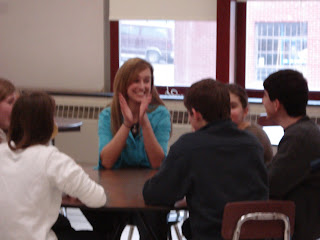 Was anyone else as exited about the game? 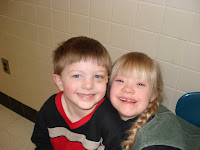 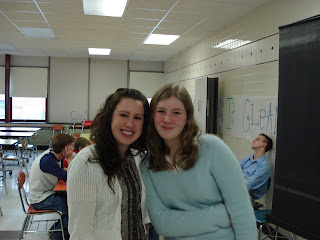 Can you find PJ in this picture? 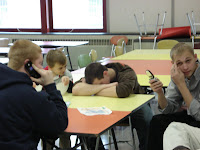 It must have been that kind of day....

I took the SAT on Saturday. I think it went ok, but you never know with the new SAT, it's crazy hard thing, at least compared to the old one.... This Sunday was our commitment Sunday for new members, hence, the above pictures. Then we (Mattea, Isaac, Maryah and I) went to the Rawlieghs and that was lots of fun! I played Halo with the Petersons and Derrik and the we watched the World Trade Center movie with Gage, and that was really deep movie. The next morning Alex took Beth and Mattea and I out to the heavenly cup and we stayed and talked there for a long time. So that was my extended weekend.

I have the SAT tomorrow morning at eight and for the next 3 hours and 45 minutes.
So if you read this, pray for me. : )

Church, Pizza and Driving Home Without a Muffler

Last night I decided that I was actually going to eat something for breakfast this morning, rather than just drinking orange juice, so I got up early and made myself sausage and eggs. Then we went to church and that went well, we were on as greeters this morning, our whole family, but I think my brother and sister and I did most of the greeting, since my parents immediately got caught up in conversations with the first people that came in. And the greatest thing happened. We have been watching this show, 24, lately, which is the first TV show we have ever watched. So my Mom has this big thing about finding out what is going to happen and then spoiling it for the rest of us. So when she found out the Emily Bergman is a hardcore fan of the series and has seen the whole thing, she [my Mom] made this bid deal about how she was going to cozy up to her and find out everything that happens in the next season. So after talking the whole thing over, and my entreating her not to, the big moment came, Emily arrived and my Mom started talking to her. And then, it happened! She flat out refused to tell her anything! She said that "you just can't spoil something that great" and so my Mom was in shock for the rest of the service... ok well not quite, but it was still really funny.

After church we took Jarred and the Goddess of, err, ahem, Delian out for pizza (we were going to go with the rest of them, but they were sick and couldn't even come to church) So we went to Rico's and while we were waiting Jarred and I had something of a contest to see who could come up with the lamest magic trick using bottle caps and little shreds of napkin. At any rate it was a lot of fun.

So on the way home I was driving and we got to this little intersection from a back road to... a bigger, more used back road, and there is a little gap between the two. And when I drove over it, there was clink and as soon as I hit the accelerator the engine sounded really weird, like a hot rod or something. So after a few minutes of trying to convince everyone that I had done something terribly wrong, my Dad revealed that the muffler has rusted through and had Finally broken, so now the truck was terribly loud, louder that you can imagine and we drove the whole way home with it like that. And some how I felt like Nacho on his little motorcycle and had the urge to imitate has style ie. with my pinky extended. And as soon as we got into the area where people know us, we had to coast past there houses without touching the gas... except for a few my Mom said would probably enjoy it (they really would actually). Finally we got to our own hill and scared my Grandparents... hopefully my cousins didn't hear. So that was the drive home.

Last night we broke our fast at the prayer meeting, and wow, it felt good. Nothing like two days without food to realize what a great feeling it is to have something in your stomach! But before we did that we had a great time of prayer for the Church and for individual needs, and it was really wonderful. I'm always amazed to see how God is working in our little church. I've been convicted in the last year that I need to be pursuing a greater desire for God in my own life so if you could pray for me in that effect it would be really great.

It has finally snowed a little bit here but not nearly enough to do anything with. But it makes the area look a little prettier at least.... I really hope that we get some more.

I've been doing a lot with the Slacks lately. Playing Settlers of Catan mostly. Jordan and I have started creating our own game from an idea that I had a couple of years ago, so if it ends up being at all cool I'll let you know (although it probably won't)

We had a great time at the quest! God used it to speak to me in so many ways and I was convicted of my passivity and encouraged about the future at the same time. It was awesome to hear so many great speakers. I especially enjoyed Pete Greesly form the UK. Speaking of the UK, there was this huge rivalry going on between the American and UK guys (at least on stage) Peter represnted the UK and the US was spoken for by CB (Cringe) at every session. of them always found something about the others culture to bash. And it culminated in CB, through a series of events that I shall not attempt to describe, because I couldn't do them justice, ending up on stage wearing a kilt... and absolutely nothing else, and a movie of Pete as a Christmas Elf!

It was also great to (for however short a time) be reacquainted with my old cherry hill friends the Daniels and I had a good time with the guys for the church (my Dad and his friends kept pressuring me into taking paparazzi shots of Pete, but other than that....)
So all in all it was a really awesome time.

Epiphany and Lot's of Logs, and Really Sore Arms and Shoulders...

Today we celebrated Epiphany (which is the somewhat forgotten and distorted holiday that celebrates the wise men giving there gifts to Jesus) with a king cake (like a cinnamon thing but with a little baby doll baked into it, and you want to get the piece with the baby) and presents. Mattea got the baby in her slice. I get a new U2 CD for my gift which is great.

Today my Dad and my Grandpa and I filled the flatbed truck with fire wood. It was almost all hickory, which burns really well, but is also about the heaviest kind and I had to spend about three hours loading that stuff be helping my Grandpa split it and then throwing it into the truck for my Dad to stack. And I hurt all over now! 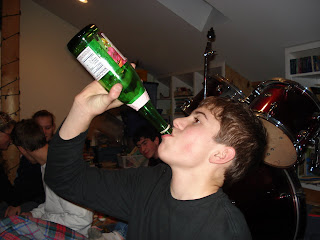 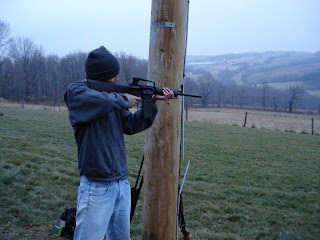 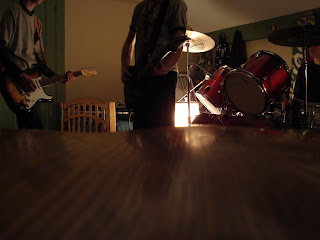 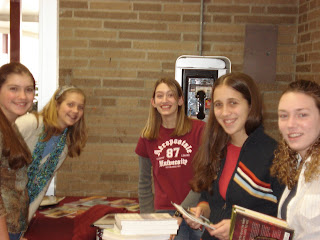 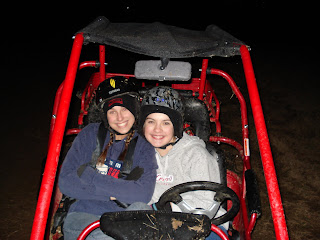 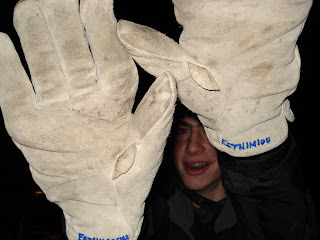 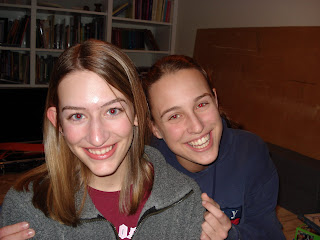 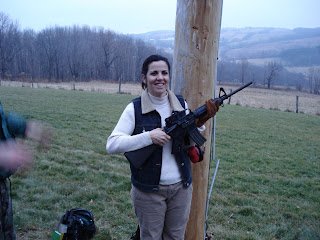