These are some pictures from the last two day's we've spent in Tallahassee, mostly related to the annual turkey Trot that they run in. It's an interesting thing that they early Thanksgiving morning so that they can "Eat more Turkey". And it's really not a bad idea at all, except that I generally have no trouble metabolizing my turkey without running a 5k... But it was still fun. 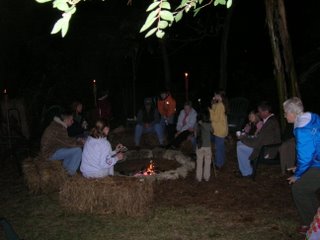 Here (above) we are getting ready the night before by a having a tropical (it was actual somewhat cold out) BQ under my cousin's grandparent banana tree in their back yard. 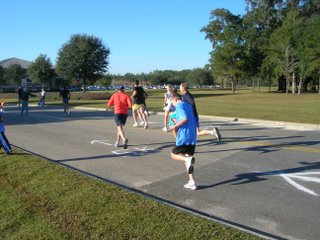 Me on the last corner of the 5k.

The Turkey Trot is made up of four events. The 1 mile (that just about everyone, that is, more than 2000 people (and a lot of dogs) runs) then there are five, ten, and 18k's, which are all really at the same time and course, only people stop at different times. I ran the 5k. Everybody said that I shouldn't do it, because I have mono, and the fact that I had never run more than two miles in my entire life. But I did : ) And actual I did alright with a time of 24.12 (which they (my uncle who runs Marathons) said is rather good... but I don't know cause I've never done it before). At any rate, it was better than worse. And I almost died (and I'm really, really sore today, and not just in my legs) on the last mile, and stopped, but my Uncle came up and past me and told me to keep going, so I did. 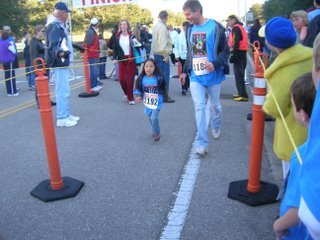 This is a picture of Misha finishing the 1 mile run with my Dad. She did a really good job and ran the whole way by herself. 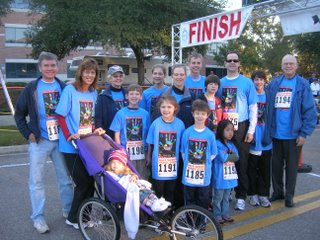 And here is the entire group. 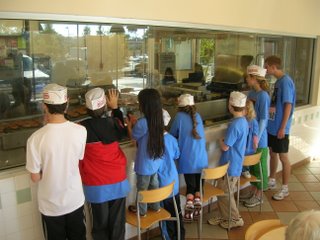 afterwards (in accordance with family tradition) we went to Krispy Kream Donuts.

did you mean tallahassee as in the fl city?

just wondering.
it looks like you had fun either way.

so we might see you this sunday? fun times. we don't know what your fam looks like but at grace church, we only get a few visitors so we should figure it out.